How long has gravity existed? 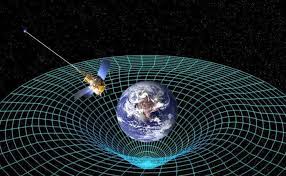 Gravity is a force between two masses, so gravity exists wherever there is mass. To discover when gravity started to exist, we need to understand what mass is, and when it started to exist.Let’s dive right in: “mass” is what we use to measure how much “matter” there is. Scientists use the term “matter” to describe stuff like stars, planets, oceans, rocks, molecules, atoms, particles like electrons and protons that make up atoms, and even the particles that make up electrons and protons.Very nearly everything you encounter in everyday life counts as “matter”: a book, a glass of water, a bird – anything you might also call “stuff”.
There are some exceptions: for example, neither light nor sound is matter, nor are feelings. Light can even travel through completely empty space, where there’s no matter at all.If a feather and a football are both made of matter, you might wonder why they’re so different. Well, a football has much more matter than a feather, so we’d say its “mass” is higher.On the other hand, a kilogram of feathers and a kilogram of iron have the same mass because they weigh the same – even though the feathers take up a lot more space.
Mass, weight and gravity
Of course, that isn’t how we actually measure masses in real life. Here on Earth, we measure mass via weight. Mass and weight are not quite the same thing, but they are related.
If you took a scale to the moon and weighed yourself on it, the number it showed would be smaller than when you weighed yourself on the Earth – even though your mass is still the same, your weight would change. This is because the scale you use is actually not measuring your mass directly, but rather the gravitational force your mass is feeling from the Earth, or the moon.How strong gravity is depends on the mass of both objects, as well as the distance between them.
A cosmic creation
So, when did mass first appear? Based on our best understanding of the physics of the universe, the first mass was created in the form of tiny particles (a LOT of them) right after the beginning of the universe itself, about 13.7 billion years ago.The creation of matter happened so fast after the creation of the universe that you could fit more than a million of those instants in the time it takes to blink an eye.
And from that moment, gravity was at work, pulling matter together, gathering atoms and molecules into dense clouds that eventually formed stars and galaxies and planets.Of course, there are many forces in nature, and gravity is only one of them. The other forces work on matter too, so there has always been a cosmic dance between the different forces in the universe, which makes it look how it does.Gravity might be the force that we’re all most familiar with because we all have felt it since the moment we were born, but actually compared to many of the other forces it’s not especially strong.But since gravity is found anywhere there is mass, it’s basically everywhere, at all times.