How long can a garden last? 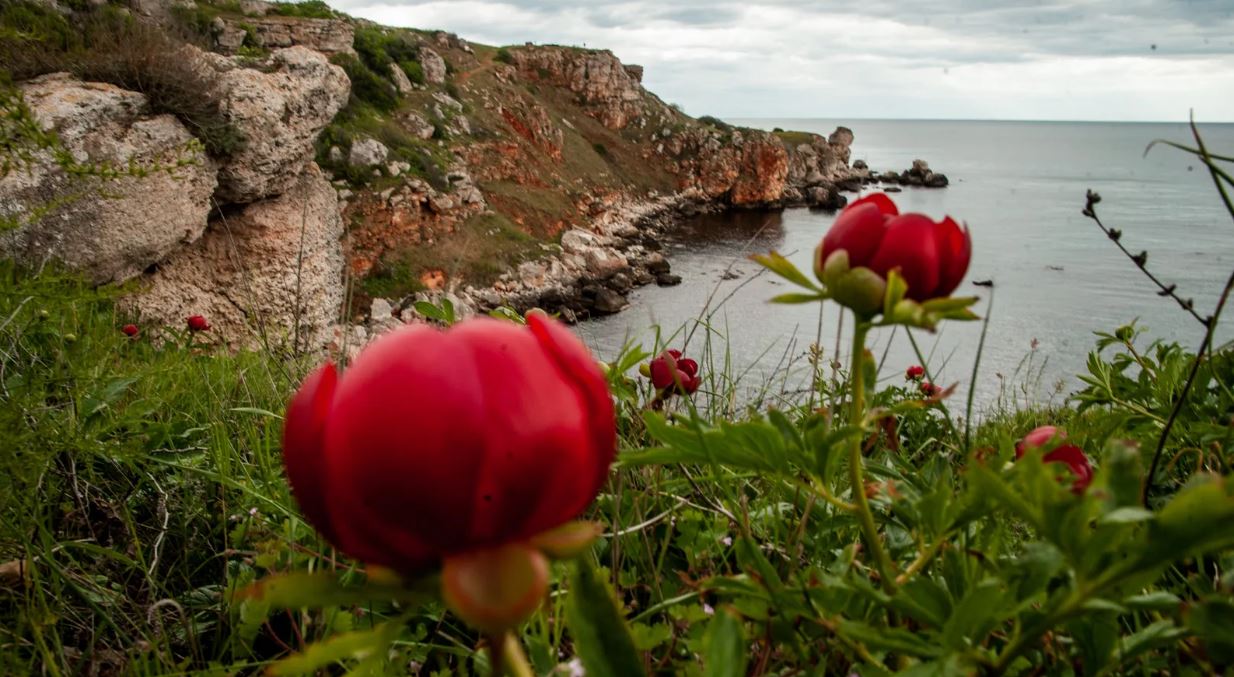 In the middle of the Iraqi desert, just north of the city of Mosul, is a pile of limestone blocks. Even at first glance, they’re unusual – each half a metre (1.6 feet) across, with a square shape and one side decorated with enigmatic symbols. Collectively they look like the remains of a giant pyramid. But this was not their purpose.

An inscription, meticulously engraved into one side, explains. It’s a message from a man called Sennacherib, an ancient Assyrian ruler who lived more than 2,700 years ago.
“[I am] Sennacherib, king of the world, king of Assyria. For a long distance from the river Hazur to the meadows of Nineveh I caused a canal to be dug. Over deep-cut ravines I constructed an aqueduct of white limestone. These waters I caused to flow over it.”

The ruins at Jerwan are among the only physical remains of this immense project. The artificial channel was hand-carved into the desert landscape with iron pickaxes – and sent water burbling 150km (93 miles) across its parched surface, diverting it from the mountains to the ancient city of Nineveh. Sennacherib had redirected the course of an entire river towards the kingdom’s capital city and his home.

In particular, the antique rubble is what is left of the aqueduct’s piece de resistance, a 280m-long (922ft-long) water-bridge erected to guide the river across a steep-sided valley. It was made from an estimated 443,520 blocks, each weighing around 250kg (551lbs), with soaring corbelled arches running along its length – bringing the grandeur of a Victorian viaduct to an otherwise empty desert, in 690BC.
Back at Nineveh, Sennacherib was careful not to squander the watery possibilities that this unprecedented feat of hydraulic engineering provided. Initially, the goal was to use the new bounty to quench a belt of freshly planted orchards and grain fields above the city, along with vines, “every type of fruit”, “products of every mountain”, spices, and olive trees. But two generations later, his grandson had another idea.

Ashurbanipal was a brutal warrior, enthusiastic lion-hunter, and the ruler of the Assyrian empire when it was at its most extensive – stretching from the snow-capped peaks of modern-day Iran’s Zagros mountains to the sparkling waters of the eastern Mediterranean. But when he wasn’t spearing large carnivores or conquering new lands, he enjoyed a spot of gardening.

During Ashurbanipal’s 38-year-reign, he transformed the space around the city’s many royal palaces into a series of enchanting and elaborate gardens, the most impressive the world had ever seen.
In one relief sculpture from the era, Ashurbanipal and his wife are reclining on a kind of high wooden sofa, sipping some refreshments amid a lush garden oasis. A large grape vine provides shade above them, and they’re nestled among date palms and pine trees – surrounded on all sides by vegetation.
As they lie there, the couple are being serenaded by musicians and fanned by servants, with Ashurbanipal ‘s fabulous long, braided beard fluttering gently in the breeze – or at least, one imagines it might be. It’s an archetypal garden paradise – that is, except for the disembodied head of an enemy, which is hanging from a nearby tree. A hint that this was a very different time, despite the mutual appreciation for greenery.

Elsewhere in the gardens, which are enclosed within heavily fortified walls, there are cedar, juniper, cypress, ebony, myrrh, pear, pomegranate and fig trees. Tame lions lounge in the shade. Birds flit from palm to palm. Parrots survey the scene from the canopy above. In another relief, there’s a mountain looming in the background, with rows of plants arranged in terraces on its surface and a lake below. Others show large trees growing on tiered structures held up by Corinthian columns.
But as abruptly as the gardens at Nineveh appeared, they vanished – outliving Ashurbanipal by just 19 years. The oasis was utterly forgotten, only rediscovered millennia later when the ancient palace was excavated in 1854. The archaeologist who unearthed them also found the remains of the aqueduct at Jerwan – though he initially mistook it for a giant causeway.

How can a garden that was so ambitious, have been forgotten so comprehensively? And what would it take for a garden to survive hundreds, or even thousands of years?
Whimsy and ancient yews

In a small corner of Cumbria, behind a modest grey limestone wall, lies a pocket of another world. Hundreds of strange shapes scatter the landscape – a vast velvet-green umbrella, a towering top-hat, a sprawling judge’s wig, whole herds of giant pyramids. There are balls, cylinders, cones, pedestals, and precarious tiered spires, each as tall as a house. The space is broken up by endless rows of looming emerald walls, each with its own cut-out arches – together these form broken tunnels that stretch into the distance.

This storybook backdrop – which is entirely constructed from trees and hedges – is just about as alien as it gets. But there is one person it would be entirely familiar to: a Frenchman named Guillaume Beaumont, who designed it. The thing is, he died hundreds of years ago, in 1727.