But the newly elected president's call did not do much to calm tensions on the ground. How did Mnangagwa win Zimbabwe’s landmark July 30 election? 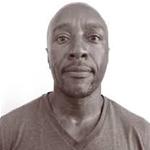 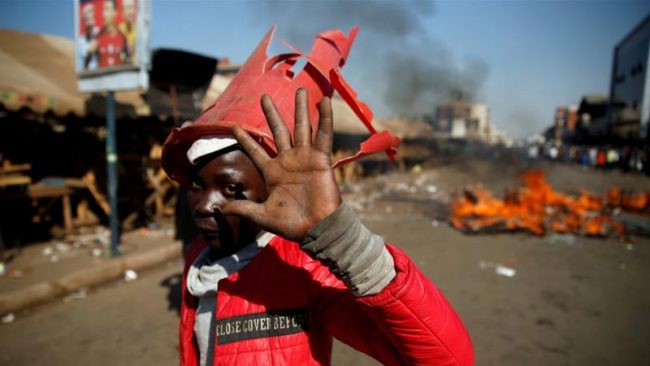 The factors that led to Mnangagwa’s victory signal a grim future for Zimbabwe’s democracy.

On August 1, following the announcement of the parliamentary election results in Zimbabwe, which saw Emmerson Mnangagwa’s ZANU-PF winning a clear majority, opposition MDC Alliance supporters held a demonstration in and around Harare’s central business district, claiming the vote was rigged.
In response, the Zimbabwe Defence Force (ZDF) soldiers fired live ammunition on the protesters, killing six people.
Mnangagwa, who was declared the winner of the highly contested presidential election a day later, called for calm, peace and unity and promised to establish a commission of inquiry into the deadly electoral violence.
But the newly elected president’s call did not do much to calm tensions on the ground. The ZDF continued to hound opposition supporters in Harare’s townships on Friday evening, in actions reminiscent of the political repression and mayhem former President Robert Mugabe often authorised in order to subdue opposition to his oppressive rule.
Endorsing a sham election
Only a few hours before the start of the deadly post-vote violence, the African Union Electoral Observer Mission to Zimbabwe (AUEOM), the SADC Electoral Observer Mission to Zimbabwe (SEOM) and the COMESA Election Observer Mission, three very important African bodies, had all released individual communiques that endorsed the controversial election process.
While all three African observer missions were quick to give their stamps of approval to the July 30 presidential and parliamentary elections, the COMESA mission, had offered the most gushing words of praise. It said the controversial elections were “generally peaceful, transparent and adhered to national, regional and international standards”.It is a shame that these eminent regional bodies have chosen to side with the military-backed ZANU-PF leadership. Their endorsement of Zimbabwe’s objectively problematic and unjust election process undoubtedly symbolises the structural, political and electoral ills afflicting African politics.
In contrast to the African bodies, and rightfully so, the EU offered a significantly more sombre assessment of what had transpired in Zimbabwe before the election. It said an “un-level playing field, intimidation of voters and lack of trust in the process undermined the pre-election environment”.
Indeed, despite what African bodies had said, Zimbabwe’s election was a sham, grounded on a military coup and won with the help of illiberal ideas and media-driven distortions and fanaticisms that outrivalled Cambridge Analytica’s efforts during the 2016 US presidential elections.
How did Mnangagwa win?
Mnangagwa and the ZANU-PF’s unlikely and still contested victory in the landmark July 30 election was the joint result of several factors.
First of all, the ZANU-PF benefited from the leading role it played in the liberation struggle and the land reform programme – rural party faithful once again voted in huge numbers for the former liberation party.
The power of incumbency also helped Manangawe and the ZANU-PF a great deal. This year, the Presidential Input Scheme, an agricultural assistance programme that usually starts in October, somewhat conveniently, began on June 13, six weeks before the election. The scheme aims to provide assistance to 1.8 million smallholder farmers countrywide to help boost crop and livestock production. Most of these farmers are based in rural areas and farming towns – all ZANU-PF strongholds.
The sharp divisions within the MDC-T, the biggest opposition party in the country, which emerged after the death of Morgan Tsvangirai and led to the removal of longtime Vice President Thokozani Khupe, also contributed to Mnangagwa’s victory by causing a significant number of voters to abandon the party.
Moreover, the ZANU-PF implemented strong intimidation tactics to win this election – the army inexplicably deployed 5,000 soldiers to rural areas months before the polls.Add the estimated three million citizens living in the diaspora, who were denied the opportunity to vote in the historic elections as a result of a Constitutional Court ruling handed down on May 30, to all of the aforementioned factors, and it becomes clear that the election was rigged against the MDC Alliance from the very beginning.
State media wins the vote
But the quintessential key to the ZANU-PF and Manangawe’s victory was the gigantic state media machinery. Although the government is no longer clamping down on journalists, bombing independent media houses or shutting down media spaces, it still uses influential and sycophantic state media outlets to shape public opinion.
The State-owned TV stations, newspapers and radio stations under the Zimbabwe Newspapers (Zimpapers) stable and Zimbabwe Broadcasting Corporation (ZBC) operate much like ZANU-PF’s 24-hour, all-year-round, nationwide information and publicity department.
These outlets have long denied the majority of Zimbabweans the benefit of accurate and valuable information, intriguing debates and candid reflections on important social, economic and political matters. And in the pre-election period, they once again did their best to silence critical point of views and whitewash the many failures of the ZANU-PF government. In the run-up to the election, the state media often ran stories and opinion pieces that tore to shreds the credibility of opposition candidates and policies and promoted government propaganda.Meanwhile, Mnangagwa refused to hold a public debate with MDC-T leader and presidential candidate Nelson Chamisa, in a move meant to shield the longtime Robert Mugabe confidant from open analysis.
So in spite of the sad state of affairs designed by ZANU-PF policies – no national currency, high unemployment, dilapidated health services, rundown roads and public infrastructure – voters, especially in rural areas, backed Mnangagwa and his party on July 30.In light of all this, it is impossible to say Zimbabweans were given a real opportunity to make an informed decision on their future in last month’s election. The fact that not one but three African institutions deemed the election credible only shows how low the bar for democratic and electoral standards is currently set in Africa.