How can an MP even think of excusing child abuse? Have we learned nothing? 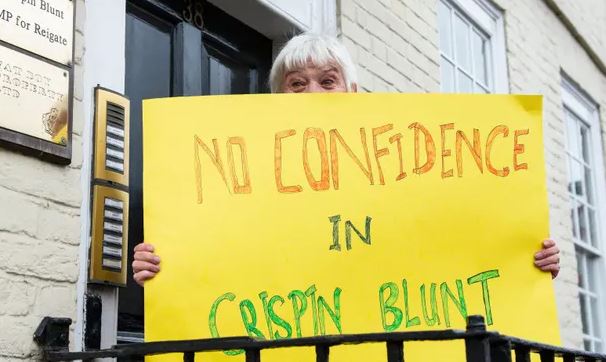 ABritish horror story” is the subtitle of Netflix’s two-part documentary on Jimmy Savile, released a couple of weeks ago. And what a horror story it is, recounting how Savile, one of Britain’s most notorious sex offenders, used his BBC stardom and NHS fundraising to abuse children as young as eight over the course of four decades.
As appalling as the crimes themselves is the number of adults who paid little heed to the rumours of paedophilia that swirled around Savile, and the institutions, from the BBC to the NHS to local councils, that failed to act. At Stoke Mandeville hospital, nurses said they would tell children to pretend they were asleep as Savile roamed the wards looking for victims. Savile even made a habit of alluding to his crimes in public. This is the story of every child sexual abuse scandal that has afflicted this country and there are so many that the independent inquiry into child sexual abuse has been running for seven years and counting. It is never just a tale of the sick people who abuse children, but of those around them who enable them, and the institutions that turn a blind eye. From the church, to football clubs, to residential schools, to the care system, to the heart of Westminster, sex offenders have been able to harm children with impunity because other people choose not to look too hard, or to defend them in the face of damning evidence.
This is hardly a relic of history. Today, we have safeguarding laws and policies designed to protect children that simply didn’t exist a few decades ago. Yet none of it is failsafe: they rely on adults in authority being willing to enforce them. The latest reminder of this came just last week, when the Conservative MP Crispin Blunt made a public statement defending his fellow parliamentarian Imran Ahmad Khan after he was convicted of child sexual assault.
A jury found that Khan had plied a 15-year-old boy with gin, took him upstairs to watch pornography and groped him in a bunk bed, leaving him “inconsolable” and “shaking”. Another person alleged that Khan assaulted them as a young man. Khan has now resigned as an MP.
No matter to Blunt, who released a statement saying that he was “distraught at the dreadful miscarriage of justice”, calling Khan’s conviction an “international scandal” that relied on “lazy tropes about LGBT+ people”, with implications for “millions of LGBT+ Muslims around the world”. (Blunt claimed to have sat in on some of the trial, but reporters say he was not there to hear the victim or his family give evidence.) He told his Conservative association that the crime of which Khan had been convicted was “minor on any scale”. Blunt has now retracted his statement, offered a mealy-mouthed apology and resigned as chair from the all-party parliamentary group on global LGBT rights.
Blunt’s behaviour is corrosive to preventing child sexual abuse. One of the many reasons it is so hard for children to disclose their abuse is that set against the denials of the powerful men who abuse them – whether their power derives from family structures, a position of authority or celebrity status – they think they will never be believed. One journalist reveals in the documentary that a woman abused by Savile as a 13-year-old asked him: “Who’d take our word against the word of someone so famous and establishment he’s even close friends with the royals?” How right she was: the story didn’t run and after the BBC pulled an investigation into Savile a few weeks after his death, he was feted for months. What message does Blunt’s public statement send to the young man Khan has been convicted of assaulting and to other children being abused across the country?
By implying that Khan’s conviction is unsafe because it was powered by “lazy tropes”, Blunt is echoing the cloak of untouchability that the men who abuse children so often try to construct around themselves. It is of course true that false claims of paedophilia have been – and still are – deployed as homophobic slurs against gay men. And that convictions of Muslim men of Asian origin of grooming and sexually abusing young girls in towns such as Rotherham and Rochdale, which show only that men of all colours and faiths are capable of raping children, have wrongly been used to imply that Muslim or Asian men are more likely to abuse children.
But it is also true that some child sexual abuse offenders trade off these forms of bigotry as a cover for their crimes. White or black, gay or straight, rich or poor: abusers come in all shapes and sizes. The only thing they have in common is that they are almost always male. And they often excel at dismissing any allegations that surface against them – Savile referred to “weirdo letters”. Sometimes, they hide behind institutions that lend them a veneer of morality – church or charity. Sometimes, they say that people are out to get them because of their skin colour or their sexuality. Either way, the implicit warning is: to mess with us is to mess with the greater good.