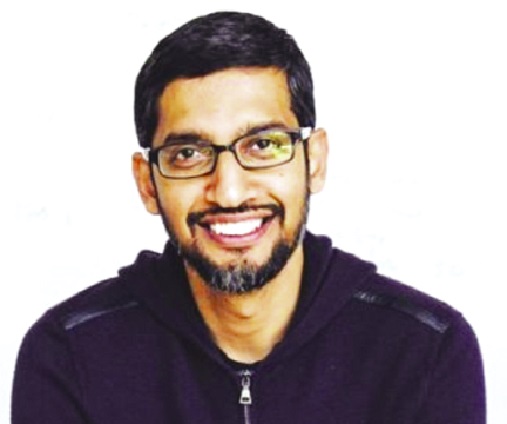 The Hill
The House Judiciary Committee said it will hold a hearing with Google CEO Sundar Pichai about “social media filtering practices” following a meeting between Republican congressmen and Pichai on Friday.
“Today we held a very productive meeting with Google CEO Sundar Pichai to discuss concerns regarding Google’s business practices,” Judiciary Chairman Bob Goodlatte (R-Va.) said in a statement. “Following this meeting, I will officially be inviting Mr. Pichai to testify before the House Judiciary Committee at a hearing this fall.” Pichai, accompanied by Google’s Washington, D.C. staff swiftly left the Capitol Hill meeting without taking questions from reporters.
House Majority Leader Kevin McCarthy (R-Calif.) who organized the meeting, however, called the meeting “productive” and said that they spoke about topics including alleged bias against conservatives on tech platforms and Google’s reported plans to enter China’s search market.
McCarthy characterized some of the discussions on bias as “very frank,” and said that Pichai outlined challenges Google faces in addressing his and other Republicans concerns.
The House Majority Leader took a softer tone on Google’s reported work than many of his Republican colleagues.
“There’s a lot of companies in China now. I do not have a problem with an American company — I want to make sure that American companies are doing business in China. That’s good for America. I just don’t want to see censorship in the process either or government control,” McCarthy said.
Senators including Tom Cotton (R-Ark.), Marco Rubio (R-Fla.) and Ted Cruz (R-Texas) have all hammered Google over its Project Dragonfly, which The Intercept reports is focused on creating a search engine that would comply with Chinese censorship and privacy laws.
Google has not confirmed or denied that this is the project’s goal but has said it is not close to launching a search product in China.
McCarthy also spoke more broadly about allegations of anti-conservative bias in tech. He said that Republicans have demonstrated bias by tech companies and called it an inevitable part of “human nature,” but one that can be fixed with more “transparency and fairness.”
Twitter CEO Jack Dorsey already testified before the House Energy and Commerce Committee earlier in September, to discuss allegations of conservative bias on his platform. That hearing appeared to go smoothly for the Twitter chief, who denied any intentional bias on the platform and vowed to take steps to address GOP concerns.
Pichai, however, will face a Judiciary Committee that’s seen as less favorable to tech companies and is expected to be more critical.