Historic March 7 to be observed Monday 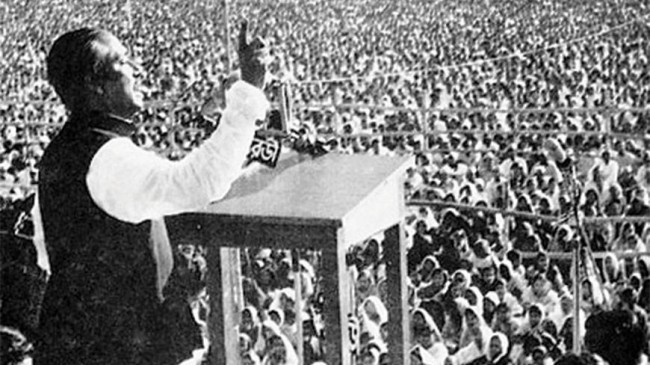 The historic March 7, a memorable day in the history of Bangalees’ long arduous freedom struggle, will be observed on Sunday.

“Since we’ve learned to give blood, we’ll give more. Inshallah, the people of this country must be liberated…Turn every house into a fort. Face (the enemies) with whatever you have,” Bangabandhu had said in his historic March 7 speech.

The ruling Awami League has chalked out elaborate programmes to observe the day in a befitting manner.

The programmes of the party include hoisting the national and party flags at 6:30am and placing wreaths at the portrait of Bangabandhu at the Bangabandhu Bhaban, Dhanmondi at 7am.

The ruling party will also hold a public rally at the historic Suhrawardy Udyan at 3pm. AL President and Prime Minister Sheikh Hasina will preside over the rally.

On the occasion, President Md Abdul Hamid and Prime Minister Sheikh Hasina have issued separate messages recalling with gratitude the bold, courageous and farsighted leadership of Bangabandhu Sheikh Mujibur Rahman in materialising the nation’s journey to freedom through his March 7 speech.

The President said the Father of Nation proclaimed the charter of freedom for the Bangalee nation on March 26, 1971 in continuation with his historic speech.

“My belief is that the Bangabandhu’s historic March 7 speech will remain an ever-lasting source for our inspiration,” Abdul Hamid said.