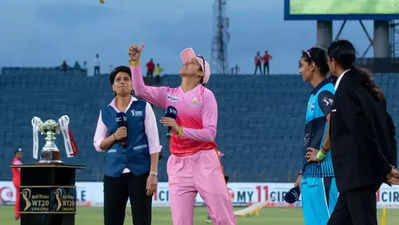 DOT Desk: The Board of Control for Cricket in India (BCCI) yesteraday announced all five franchises of the ‘Women’s Premier League’ – the inaugural edition of the India’s women’s T20 league, reports TBS.
Adani Sporstline, Royal Challengers, and JSW are among the winners of the team bids.
“BCCI announces the successful bidders for Women’s Premier League. The combined bid valuation is INR 4669.99 Cr. A look at the Five franchises with ownership rights for #WPL,” the BCCI wrote on Twitter.
The five cities that will be featuring in the opening edition of the Women’s Premier League are Ahmedabad, Mumbai, Bengaluru, Delhi, and Lucknow. The Ahmedabad franchise was acquired by India’s leading business conglomerate Adani Group, through its sports venture Adani Sportsline Pvt Ltd. Ahmedabad team also attracted the highest bid with INR 1289 crore.
Indiawin Sports Pvt Ltd – part of the Reliance Group that also owns Mumbai Indians in the men’s Indian Premier League – bought the Mumbai franchise for a whopping INR 912.99 crores. Likewise, the Royal Challengers group that owns the men’s team in Bengaluru also won the bid for the city in the women’s edition of the T20 league, spending INR 901 crores.
A similar trend followed for the Delhi franchise too, where JSW group – owners of the Capitals team in men’s tournament – successfully won the bid for INR 810 crore.
Capri Global are the new entrants, meanwhile, as they spent INR 757 crores to acquire Lucknow franchise.
Earlier, BCCI secretary Jay Shah had confirmed that the women’s T20 league – widely speculated to be called the ‘Women’s IPL’ – is officially named the Women’s Premier League (WPL). In a series of tweets, Shah also revealed that the bids for the WPL have broken the records set by its men’s counterpart in 2008.
“yesterday is a historic day in cricket as the bidding for teams of inaugural #WPL broke the records of the inaugural Men’s IPL in 2008! Congratulations to the winners as we garnered Rs.4669.99 Cr in total bid,” Shah tweeted.
This marks the beginning of a revolution in women’s cricket and paves the way for a transformative journey ahead not only for our women cricketers but for the entire sports fraternity.