High time to safeguard from cybercrimes and e-commerce disputes 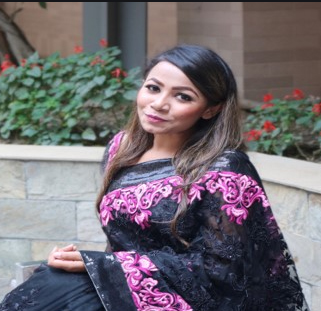 The speedy growth of computer connectivity and easy access to internet has taken the world to stay connected via online platform. In Bangladesh, number of internet users has rapidly increased in last few years. BTRC reported, the total number of Internet Subscribers has reached 112.713 Million at the end of January, 2021.
It has provided openings for criminals to exploit security weaknesses in the on-line background, theft related to intellectual property, misconduct by corporate employee, child pornography, harassment by using the Internet, cell phones, or other electronic communication. However, Bangladesh are in lack of comprehensive guideline and framework to computer forensic investigators and analysts.
Electronic evidence is any electronically stored information (ESI) that may be used as evidence in a lawsuit or trial. Electronic evidence includes any documents, emails, or other files that are electronically stored. Additionally, electronic evidence includes records stored by network or Internet service providers. Before accepting digital evidence, a court will determine if the evidence is relevant, whether it is authentic, if it is hearsay and whether a copy is acceptable or the original is required. As such, some courts have sometimes treated digital evidence differently for purposes of authentication, hearsay, the best evidence rule, and privilege.
Cyberbullying is a punishable act under Information and Communication Technology Act 2006. Before this act, the law applicable to cyber offenses was the Penal Code 1860. The act was enacted to prevent cybercrimes and regulation of E-commerce. Moreover, there is no specific significant changes in certain provisions of the Penal Code, 1860, and the Evidence Act, 1872 to meet the new requirements of the cybercrimes and E-commerce disputes. Most of them are harmful, malicious and exploit codes that interfere computer operations on a global scale and along with other cyber-crimes that threaten online based e-commerce.
Under section 3 (general clause) of the Evidence Act 1872, “Document” means any matter expressed or described upon any substance by means of letters, figures or marks, or by more than one of those means, intended to be used, or which may be used, for the purpose of recording that matter. Written forms of evidence such as letters or wills, documentary forms of media evidence such as images, audio recordings, or video formats can be permitted under this section. This also empowers the trial court to decide whether such a fact of digital evidence is proved or not.
Though judicial interpretation has created a scope for incorporating modern forms of evidence within the definition of ‘document’ in the Act. judicial interpretation utters that digital evidence is an extension.The first case can be traced back to 1985. In MrsKhaleda Akhtar v the State. In the case of Mrs. KhaledaAkter VS State, the court took the view that if for the purpose of recording certain matter on magnetic tapes for the purpose of showing it on television by application of technology a video cassette or tape, is made, that should come within the definition of document and held that audio cassette and video shall be admissible in evidence.
Real evidence as adopted in section 60 of Evidence Act, 1872 says about material other than document. Secondary evidence as adopted in section 63 and 65 of Evidence Act, 1872 talks about admissibility of reproduction of the original and Illustration (a) to sec 63 refers to photograph, if proved original ranks to secondary evidence. Again as per section 72 of (document not required by law to be attested) Evidence Act, 1872, An attested document not required by law to be attested may be proved as if it was unattested.
Digital & electronic evidence has no bar to be proved as if it was unattested in this section. Besides the main drawback is there in Bangladesh, there is no specific mention of digital evidence in Evidence Act, 1872. The court of law does not follow a strategic way to admit digital evidence and the question regarding the admissibility of digital evidence is quite a gray area for the court to deal with.
In 2020, U.S. Embassy and British High Commission Sponsor Workshop on Use of Digital Evidence in Court. The embassy of the United States and the High Commission of the United Kingdom jointly organized the workshop. US ambassador Earl Miller said the use of digital evidence would significantly increase availability of credible evidence to prosecutors and judges, which would be helpful to reduce the backlog of cases. British high commissioner Robert Chatterton Dickson expressed his support for the enhanced use of digital evidence in the Bangladesh justice system, noting that if used properly it could play a major role in increasing the efficiency and integrity of the administration of judiciary.
The court has given judgement on different cases by providing admissibility of Digital Evidence; however, the act need a necessary amendment to include all forms of electronic evidence. A new chapter on electronic evidence needs to be added that details the rules on admitting electronic evidence.
If the prosecution proposes digital evidence or the trial court finds its existence in oral evidence or if it refers to a fact which could be perceived by any other sense or in any other manner, it must be part of the prosecution witnesses. The court should use section 45 of the Act to admit the opinion of technical experts in the cases involving electronic evidence. Moreover, section 3, 60, 63, 65 should me more specified admitting acceptability of digital evidence.
Collecting digital evidence requires a different kind of skill set than those required for gathering physical evidence. Investigators need to either develop specific technical expertise or rely on experts to do the extraction for them. Our neighboring country, India has already accepted the admissibility of digital evidence andamended the Indian Evidence Act, 1872. It has become a necessity for us to control the cybercrimes and E-commerce disputes as it is often conducted over the Internet.