‘Having same name as the accused’: 80-year-old sent to jail in Patuakhali 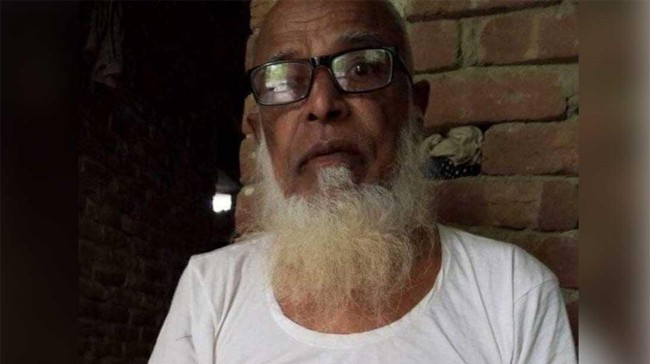 DOT Desk: [2] An 80-year-old man was sent to jail instead of the real convict — with the same name — in Galachipa upazila of Patuakhali in a cheque-dishonour related case filed by an NGO, reports The Daily Star.
[3] Patuakhali Joint District Sessions Judge’s Court awarded one-year jail sentence and a fine of Tk 2.40 lakh to the main accused Habibur Rahman in his absence on March 25, 2018. [4] On October 4, police sent the 80-year-old Habibur Rahman, who had no connection with the case, to jail instead of the main accused. Father’s name of the accused and the innocent elderly man are apparently the same too, reports our Patuakhali correspondent. Al-Amin, assistant sub-inspector of Galachipa Police Station, said they arrested Habibur Rahman and produced him before the court due to an arrest warrant issued by the court in a case. “But later I found out that he is not the real accused. I have made a mistake.’’

Md Monirul Islam, officer-in-charge (OC) of the same police station, said ASI Al-Amin arrested the old man as his name and father’s name matched with the real accused. “We have already sent a letter to the authorities concerned to rectify the matter, and trying to release the innocent old man immediately.”