Have scientists cracked the best way to drink champagne? 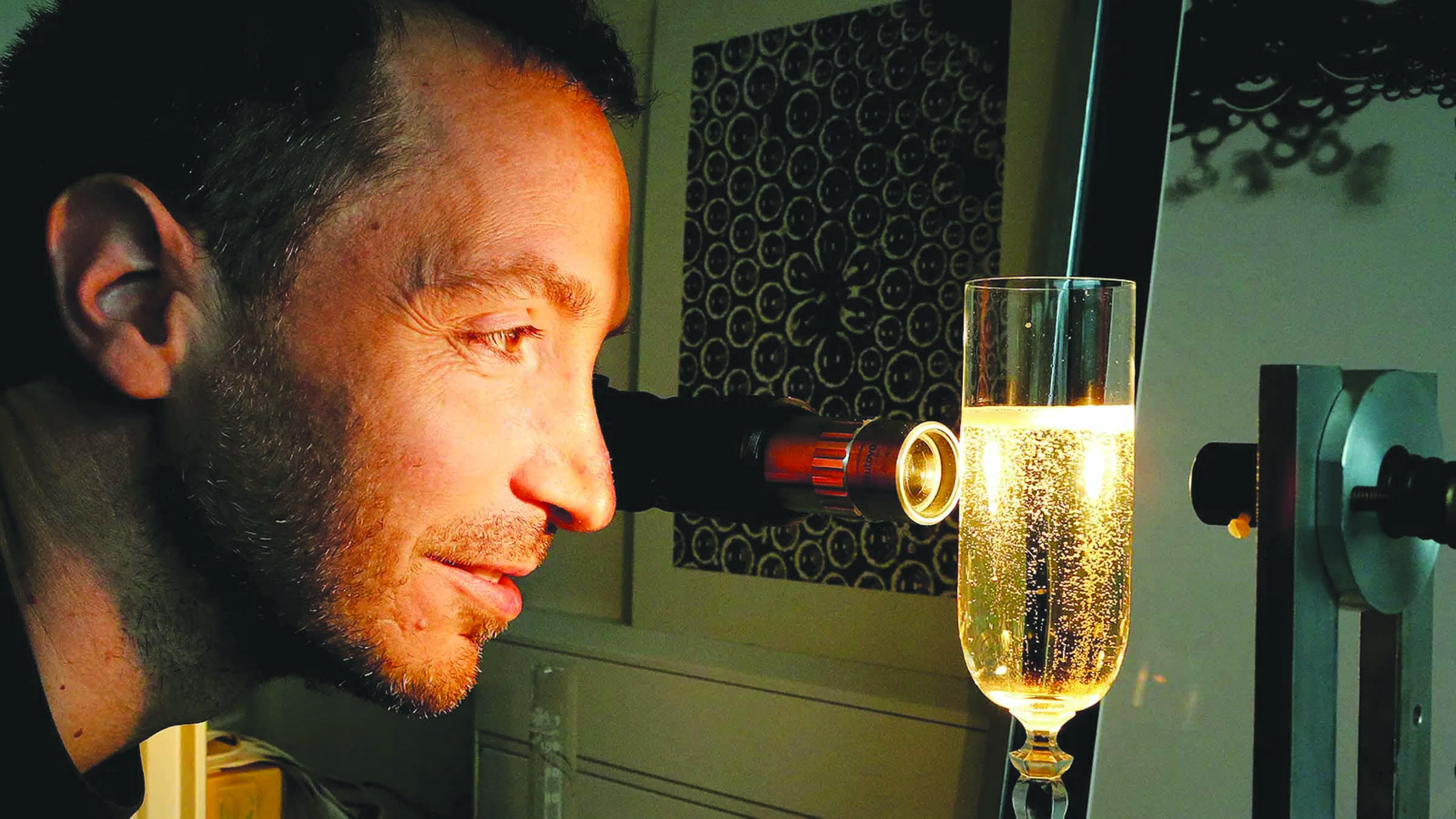 A flute or coupe filled with a sparkling wine has become the very essence of celebration, but there is more going on with the bubbles than you might think. In a laboratory in the heart of France’s wine country, a group of researchers carefully positions an ultra-high-speed camera. Like many good scientists, they are devoted to the practice of unpicking the Universe’s secrets, seeking to describe the material world in the language of mathematics, physics and chemistry. The object of their study: the bubbles in champagne.
Chemical physicist Gérard Liger-Belair, head of the eight-member “Effervescence & Champagne” team at the University of Reims Champagne-Ardenne, perhaps knows more about champagne bubbles than anyone else on the planet. Starting with his PhD thesis in 2001, Liger-Belair has focused on the effervescent fizz within and above a glass. He has written more than 100 technical papers on the subject, including a 2021 deep dive into champagne and sparkling wines in the Annual Review of Analytical Chemistry and a popular book (Uncorked: The Science of Champagne).
“When I was a kid, I was entranced by blowing and watching soap bubbles,” Liger-Belair recalls. That fascination has persisted, alongside a host of more practical work: there are plenty of good reasons to be interested in bubbles, extending far beyond the pleasures of sparkling wine.
Liger-Belair has helped to show which aerosols are thrown up into the sky by tiny bursting bubbles in sea spray, affecting the ocean’s role in cloud formation and climate change. He even helped to determine that some mysterious bright spots in radar scans of Saturn’s moon Titan could be centimetre-sized nitrogen bubbles popping at the surface of its polar seas.
But Liger-Belair has had the pleasure of focusing the last 20 years of his work on the bubbles in champagne and other fizzy drinks, including cola and beer. His lab investigates all the factors that affect bubbles, from the type of cork to wine ingredients to how the drink is poured. They interrogate how these carbon dioxide bubbles affect taste, including the size and number of bubbles and the aromatic compounds kicked up into the air above the glass.
In pursuit of answers, they have turned to gas chromatography and other analytical techniques – and, along the road, have taken some striking photos. Others, too, around the world have turned their gaze on bubbles, even inventing robots to produce a consistent pour and focusing on the psychology of how we enjoy fizz.
It is often said that Dom Pierre Pérignon, a monk appointed as the cellar master of an abbey in Champagne, France, drank the first-ever accidental sparkling wine and exclaimed: “I am drinking the stars!” This, it turns out, is probably fiction. The earliest sparkler likely came from a different French abbey, and the first scientific paper on the matter came from Englishman Christopher Merret, who presented the idea to the newly minted Royal Society of London in 1662, years before Pérignon got his post. The traditional method for producing champagne involves a first fermentation of grapes to produce a base wine, which is supplemented with cane or beet sugar and yeast and allowed to ferment a second time. The double-fermented wine then sits for at least 15 months (sometimes decades) so that the now-dead yeast cells can modify the wine’s flavour. That dead yeast is removed by freezing it into a plug in the bottle’s neck and popping out the frozen mass, losing some of the gas from the drink along the way.
The wine is recorked, sometimes with additional sugars, and a new equilibrium is established between the air space and the liquid in the bottle that determines the final amount of dissolved carbon dioxide. (There are equations to describe the gas content at each stage, for those curious to see the mathematics.)