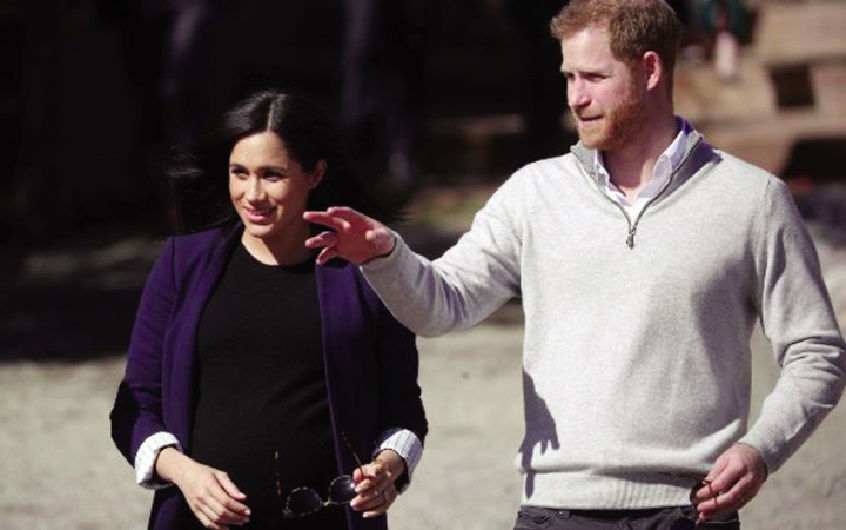 Reuters: Britain’s Prince Harry and his pregnant wife Meghan arrived in Morocco’s Atlas Mountains on Sunday where they will show their support for rural girls’ education.
The visit at the request of the British government is the second to the kingdom in recent years by a member of the royal  family, following a trip by Prince Charles in 2011. Queen Elizabeth visited Morocco in 1980.
Harry and Meghan arrived in Casablanca on Saturday evening. In the Atlas Mountains on Sunday they will meet girls at a boarding house run by Education for All, an NGO that builds dormitories near schools to reduce school drop-out rates among girls aged 12 to 18.
As the couple arrived, girls from the boarding house waved the flags of Morocco and Britain.
“Their Royal Highnesses will see work being done to promote girl’s education, empower young people and support children from disadvantaged backgrounds,” Kensington Palace said. Meghan will take part in ceremony in which henna is applied to the body for luck, joy and beauty. While in Asni, Harry and Meghan will meet local high school students and teachers and afterwards attend a football game. The village of Asni is only 15 kilometers (9 miles) away from Imlil, a trekking and hiking destination, where two Scandinavian women were killed in December.
Four Moroccan suspects were arrested for the murder. Authorities said they were “lone wolves” acting independently although the suspects had pledged allegiance to the Islamic State militant group in a video.
“The visit is a good news for the people of the area after such a tragic and isolated incident,” said Mike McHugo, founder of Education for All. On Monday, the Duke and Duchess will attend an equestrian event in the capital Rabat involving horse therapy for children with special needs, followed by a cooking event and a meeting with young social entrepreneurs. The couple is also expected to meet a member of the Moroccan royal family later in the day at a palace in Rabat.