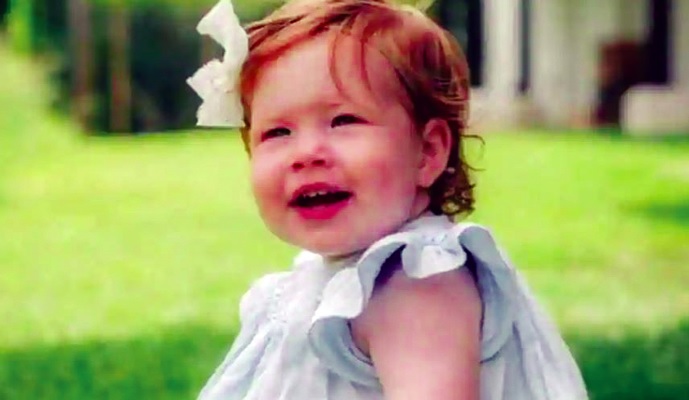 Wion news: She is a spitting image of her father! Prince Harry and Meghan Markle recently released a photo of their daughter, Lilibet to mark her first birthday.
The couple had hosted a birthday picnic at their UK home, Frogmore Cottage in London to celebrate their second child’s birthday which was on June 4.
Dressed in a light blue dress, with a small bow perched on her head, Lilibet can be seen seated on the lawns. She looks a spitting image of her father, Harry at that age, with similar curious eyes and famous red hair.
The photo was taken by a family friend Misan Harriman at a picnic attended by family and close friends, a spokesperson for the duke and duchess said.
The Duke and Duchess of Sussex were in the UK for the Queen’s Platinum Jubilee celebrations last weekend. On Friday, the Sussexes made their first public appearance in Britain together since 2020 when they attended a service of thanksgiving for the Queen at St Paul’s Cathedral.