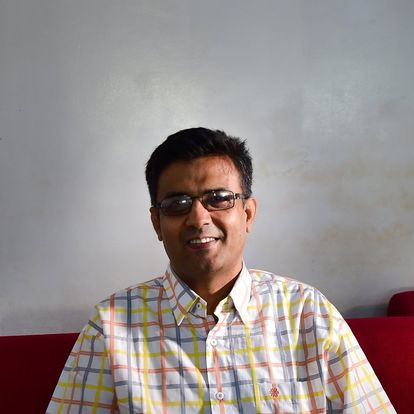 Shafiqul Alam /AFP News Agency
Half a million taka to perform a Hajj is an absurb figure. There is no way this expense can be defended. I am sure an Indian Hajj pilgrim does not spend half the amount to perform Hajj. Indian government no longer subsidises pilgrimages of its Muslim citizens. Still they rent the best hotels and live close to the Kaaba during the pilgrimage.
Here in Bangladesh a whole blood-sucking industry has emerged which is addicted to hard-earned money of the Muslim pilgrims.

Biman, the state-run carrier, was supposed to offer some help. Instead it colludes with Saudi Arabian Airlines and uses the annual Hajj season as an opportunity to boost its revenue and minimise its ballooning loses from poor performance and abnormal number of manpower. The Hajj agencies, led by some top guys in our religious establishments including Sufis, Imams, former Jamaat guys and Islamist leaders, also don’t hesitate to make as much profit as possible from some of