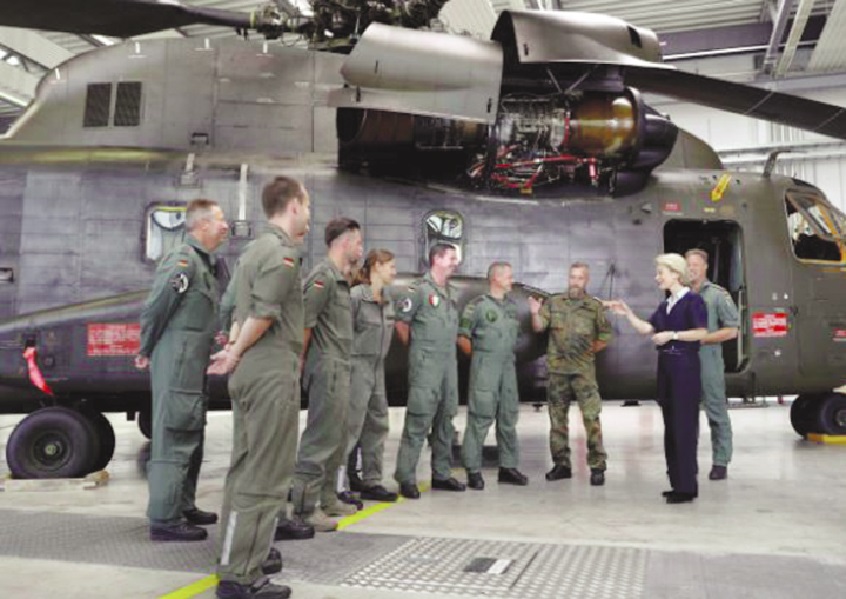 Reuters: Germany’s planned 4 billion euro ($4.71 billion) tender to buy new heavy-lift helicopters that was due to be issued this autumn will be delayed, according to an official document seen by Reuters on Wednesday.
The planned start of the tender by the end of September would be “delayed until further notice,” the office in charge of military procurement said in a letter to several defense firms.
The procurement office did not give a reason for the delay or say when the tender would be launched. “As soon as a new date is fixed, we will inform you immediately”, it said in the short letter.
The Bundeswehr, the German military, is due to receive 45 to 60 heavy-lift transport helicopters in the coming decade.
Defence Minister Ursula von der Leyen earlier indicated the tender could be delayed as financing of the project was not yet secured in the ongoing parliamentary budget negotiations.
Von der Leyen, a member of Chancellor Angela Merkel’s conservatives, is pushing for steeper military spending hikes, but she faces resistance from the Social Democrat-led finance ministry, which prefers more spending on infrastructure and digitalization.