George Floyd and the Seeds of a new kind of activism 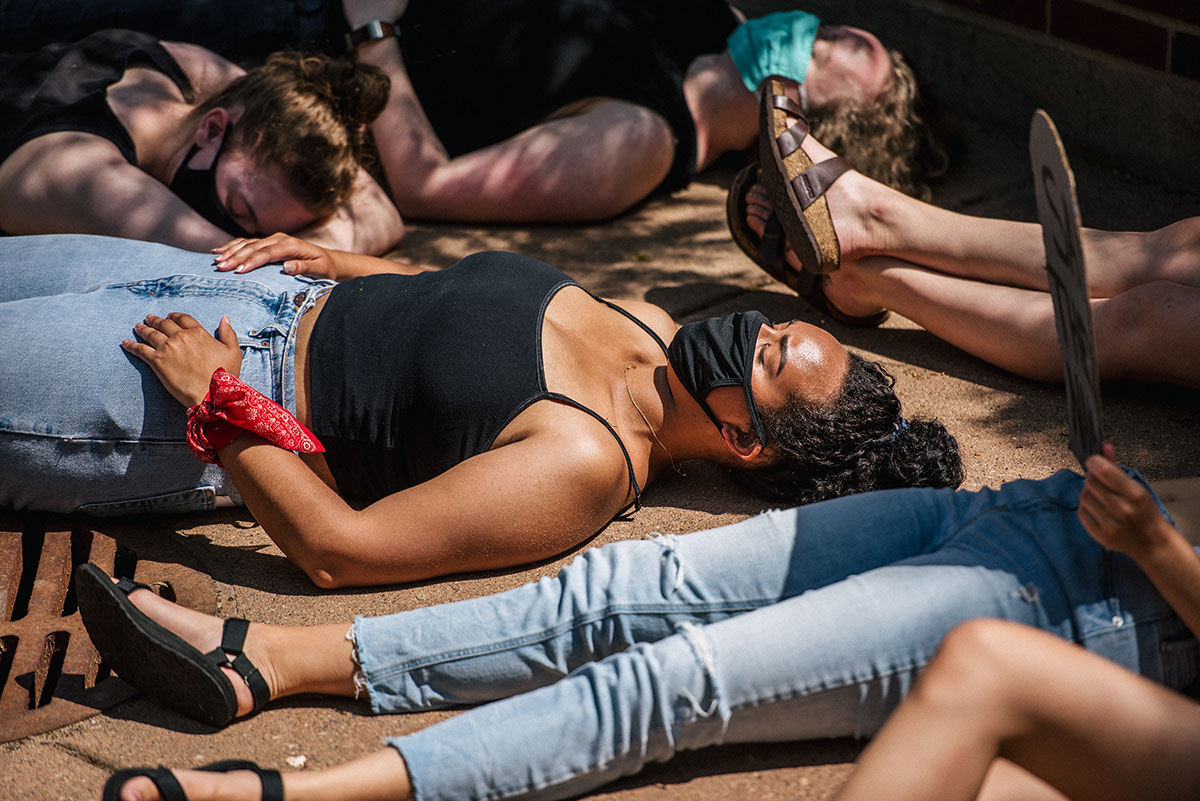 A series on george floyd and america
Last year, the world watched for nine minutes and 29 seconds as a video showed the final moments of George Floyd’s life. We all heard Mr. Floyd plead with the police as he gasped for enough air to repeat the words “I can’t breathe” more than 20 times. In the weeks that followed his death, as many as 26 million people took to the streets in defense of Black lives.
For those of us in St. Louis, this moment felt gruesomely familiar. Just five days before George Floyd’s murder on May 25, 2020, Michael Brown would have celebrated his 24th birthday. On Aug. 9, 2014, Mr. Brown was killed by a white police officer in Ferguson — spurring protests and a movement to build a world where Black lives matter. The Ferguson uprising brought a new generation into the work of fighting for transformation in our communities.What we have learned in the nearly seven years since Mike Brown was killed is that the uprising is just the beginning.
Maya Angelou taught us, “Do the best you can until you know better. Then when you know better, do better.” Like many organizers and advocates across the country, our work has continued to evolve as we strive to know better. This movement, spurred by the daily devaluation of Black lives and punctuated by brutal police killings, has matured beyond calls for “reform.” In St. Louis, following the uprising, our demands included elements like implicit bias training and body cameras, and shined a spotlight on obvious abuses, like racist fines and fees. But tepid reforms have failed us repeatedly. Our vision is now one of defunding police departments and abolishing the carceral system, as we push ourselves and others to imagine a society that is truly rooted in principles of justice, love and liberation.Not only has this evolution demanded a deepening of our analysis, but it has also required that we develop a wide range of tools to bring about the transformation that we deserve, including grass-roots organizing, legal advocacy, policy formulation and, yes, electoral justice. In St. Louis, we and many others have been developing these tools and tactics to build infrastructure for our movement — the kind of serious, sustained effort that is critical to overcoming the pernicious hold of the status quo.
The organizations that we lead in St. Louis are reflective of this sustained effort. We and our partners have been building coalitions to eradicate municipal debtors’ prisons and expose racist for-profit policing and courts; to re-envision public safety as community well-being; to close the St. Louis Medium Security Institution, commonly known as the Workhouse; to combat environmental racism; and to defund a system of policing that continues to drain precious resources and perpetuate violence and harm in our communities. We have protested, rallied, phone-banked, held teach-ins and town halls, produced reports, drafted legislation, knocked on doors, posted bail, created hashtags, penned commentary and sued cities, towns, slumlords and jail guards.
But the pursuit of political power remains one element of the fight for Black lives that is too often misunderstood.
Just over five years ago, organizers and advocates like us who had come together in the wake of the Ferguson uprising began to direct our time and resources in a concerted way toward shifting the political landscape in the St. Louis region. The focus would not be on the candidates themselves, but on the people — all of us — who shape and select the candidates and the issues they champion. For example, ours and other community organizations have invested time and resources into candidate forums, debates, questionnaires and informational guides that prioritize the needs and urgent concerns of marginalized Black residents, and demand that those seeking to hold and keep elected office be accountable to those concerns.
In 2016, the first community debate that we co-moderated, whose theme was “Questions From the People,” had 350 people in attendance on a Sunday afternoon. The next debate the following year brought 1,200 in-person attendees. And the most recent debate this year garnered 22,000 virtual viewers, not only observing but also engaging, questioning and critiquing. Far beyond any one person or organization, this growth is a reflection of the deep interest and engagement resulting from years of committed organizing for social and racial justice. By working to shift the public dialogue and center voices that are typically ignored and subordinated, we have seen the extraordinary power that exists in a community of ordinary people.
While this may seem an obvious strategy, it is one that is too often forgone, either by committed activists who assume the effort will be futile or by nonprofits that deeply fear being labeled “political.”