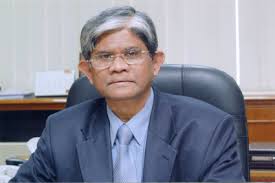 Dr. Salahuddin Ahmed, Former Governor, Bangladesh Bank : There is no need to create a ruckus on whether GDP is growing. Whether or not the government does anything, the people will definitely do something about it. Besides, everyone has not yet become self-reliant. The poverty rate in the country is still almost 23%.  It is true that GDP has experienced growth – but it was not at the rate that was expected. I’m not at all thrilled about this matter, because our country’s primary trend is GDP growth. The growth rate is increasing at a discriminatory manner, and so is the distribution of wealth. There hasn’t been much investment in our country either; last year, investment was very slow and so was remittance. In spite of that, the growth rate Nevertheless, the main thing is that GDP is not growing as expected. The people of the country are not being able to experience the benefits of GDP growth. The number of wealthy in Bangladesh has been increasing, but this increase isn’t because of good growth which, according to latest statistics, is 7.56% – 0.46% greater than the target. And it is normal that growth will decrease in election year. Whether they accept it or not is their matter.