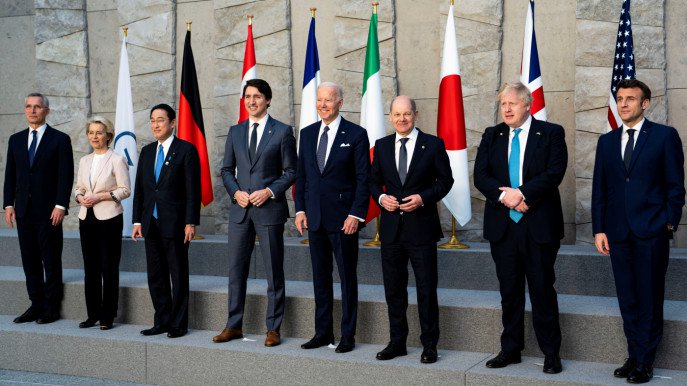 Reuters: The Group of Seven wealthy countries must ramp up humanitarian aid to help tackle a global hunger crisis exacerbated by the war in Ukraine, a senior official of the United Nations’ food agency in Germany was quoted as saying yesterday.
The group begins a three-day meeting in Bavaria, Germany, on Sunday against the backdrop of a UN warning that the world faces “an unprecedented global hunger crisis” as commodity prices soar. “Hunger can destabilize countries and is thus a key peace and security issue,” German World Food Programme director Martin Frick told the country’s news organisation RND, noting that current food price inflation running at over 25% in 36 countries was a “time bomb”.
He also reiterated that the World Food Programme was probably going to get no more than half of the $21.5 billion it needs this year, so more aid was needed. Food security is expected to be on the agenda of the G7 meeting after the presidency launched a Global Alliance for Food Security in May to tackle hunger.

“There must be a common understanding that this crisis can no longer be solved by sticking plasters, but that the system must be changed,” Frick said.