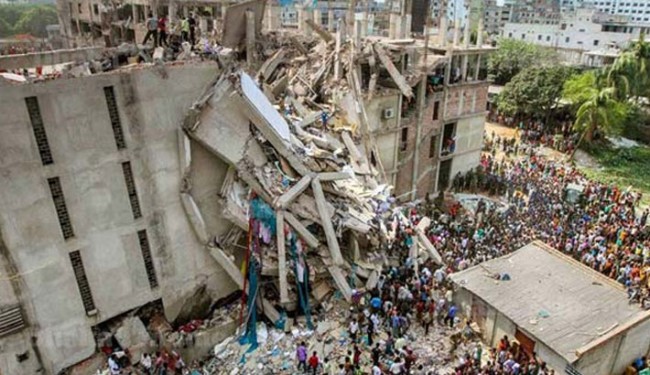 A court here on Sunday asked the Anti Corruption Commission (ACC) to reinvestigate the case filed over the construction of ‘Rana Plaza’ with a faulty design.

Dhaka Divisional Special Judge M Atoar Rahman passed the order and fixed May 8 for submitting the chargeheet in the case after reinvestigation.

In its observation, the court said those who had been involved in making the faulty design of ‘Rana Plaza’ as well as those approved it were not made accused in the case and the case needs further investigation as it is a sensitive one.

On June 15, 2014, SM Mafidul Islam, deputy-assistant director of ACC, filed a case against 17 people, including Sohel Rana and his parents, on charge of constructing Rana Plaza building with a faulty design.

Later, Mafidul Islam submitted a chargesheet against 18 people before the court of the Chief Judicial Magistrate.

The commercial complex, built with a faulty design at Savar on the outskirts of capital Dhaka, collapsed on April 24, 2013 killing over 1,136 people and injuring some 2,515.

The local municipality had given an approval in 2007 to construct a five-storey structure, but the building owner built an eight-storey commercial complex on wetland, triggering the building collapse.