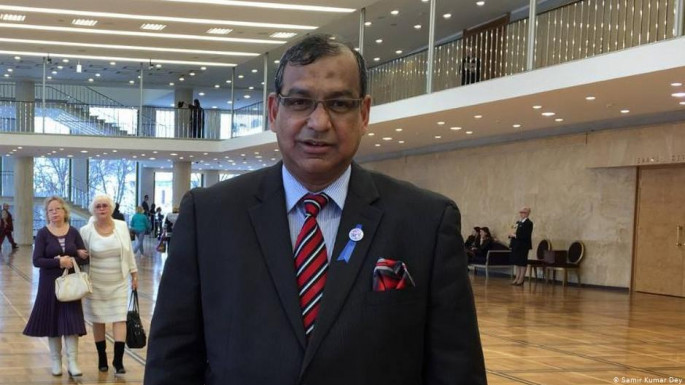 AFP: French football boss Noel Le Graet yesterday apologised for what he dubbed his “clumsy remarks” about Zinedine Zidane’s potential interest in coaching the France national team.
Le Graet had quipped dismissively in an interview on French radio that he “wouldn’t even have taken his call on the phone” when asked whether Zidane had rung him to express an interest in taking over as coach from Didier Deschamps.
That drew criticism from France and Paris Saint-Germain star Kylian Mbappe, who called Le Graet’s comments “disrespectful”.French Sports Minister Amelie Oudea-Castera also waded in, demanding an apology from Le Graet for his comments, which she said showed “a shameful lack of respect”.
The apology from the 81-year-old head of the French Football Federation duly came on Monday, Le Graet saying: “I would like to apologise for these remarks, which absolutely do not reflect my views, nor my consideration for the player he was and the coach he has become.
“I gave an interview to (French radio station) RMC that I should not have given because they were looking for controversy by opposing Didier and Zinedine Zidane, two greats of French football.