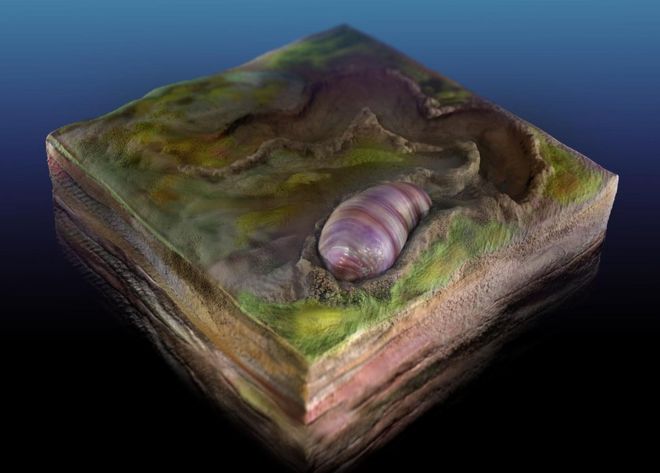 BBC news: [2] A worm-like creature that burrowed on the seafloor more than 500 million years ago may be key to the evolution of much of the animal kingdom. [3] The organism, about the size of a grain of rice, is described as the earliest example yet found in the fossil record of a bilaterian. These are animals that have a front and back, two symmetrical sides, and openings at either end joined by a gut. The discovery is described in the journal PNAS.

[4] The scientists behind it say the development of bilateral symmetry was a critical step in the evolution of animal life. It gave organisms the ability to move purposefully and a common, yet successful way to organise their bodies.

[5] A multitude of animals, from worms to insects to dinosaurs to humans, are organised around this same basic bilaterian body plan. Scott Evans, of the University of California at Riverside, and colleagues have called the organism Ikaria wariootia. Read more https://www.bbc.com/news/science-environment-52019468