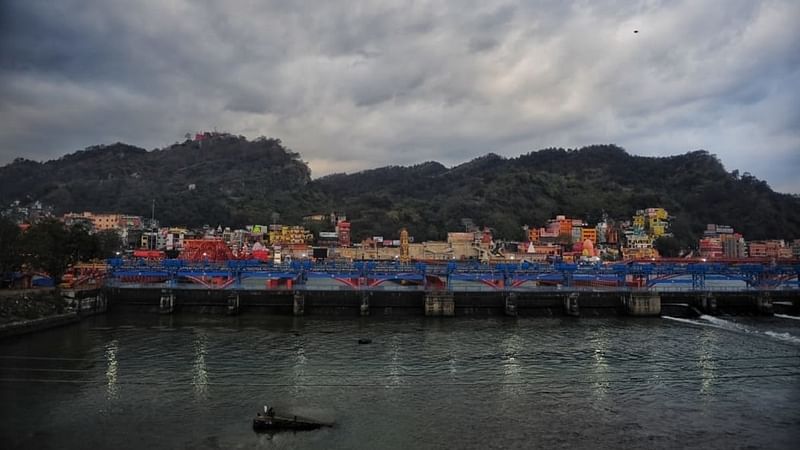 The inflammatory speeches made at the Haridwar ‘Dharma Sansad’ against the Muslim community in December last year seem to have overshadowed the issues of development and drug menace among local seers ahead of the Uttarakhand assembly polls next week.
When ThePrint visited the Haridwar assembly constituency one of 11 under the Haridwar Lok Sabha seat several seers claimed their interests were being ignored on account of “Muslim appeasement”.
They said they cared about issues such as development, but made it clear that religion was a bigger priority.
“We want development in our constituency and that is a major issue for us as far as elections are concerned. Lekin development toh tab kaam aayegi jab hum zinda honge (we will be able to enjoy development only if we are alive),” said Adhir Kaushik, a seer. “The way jihadi elements are increasing in the country is a matter of concern. This appeasement politics needs to stop.”
He added: “Youth and families are affected the most due to the drug problem in the area. Dharma nagri main aisa haal hai (such is the situation in the holy city). Look at Uttar Pradesh, how Yogi (Adityanath) ji is taking bold decisions. But here we are going on constructing new madrasas, mazars… In which direction are you working?”
While there is some resentment against the state BJP government among seers, their sentiments play into the narrative being pursued by the party in the state. During Prime Minister Narendra Modi’s virtual rally this week, for example, he targeted the Opposition Congress on the charge of “appeasement”.
Now the Congress party is trying to poison Uttarakhand with the politics of appeasement. Congress party leaders’ attempt to play the politics of appeasement in the name of university is enough to open the eyes of the people of Uttarakhand,” he said.
The BJP’s allegations of appeasement have taken on a new life in light of Uttarakhand Congress vice-president Akil Ahmad’s claim that party leader Harish Rawat “promised” him a Muslim university in the state.
While the Congress and Rawat have denied these claims, the BJP has alleged that the Congress is attempting to “polarise Muslim voters” in certain assembly segments. Uttarakhand Chief Minister Pushkar Singh Dhami has accused the party of playing divisive politics.
In its election manifesto, too, the BJP has announced several promises including stricter laws against ‘love jihad’, expansion of the Char Dham project by linking all pilgrimage sites, transforming Haridwar as international yoga capital, and a fund of Rs 1 crore earmarked for Vedic schools.
According to a senior BJP functionary, the Haridwar constituency has around 8,000-10,000 seers and approximately 1.4 lakh voters. “These seers might not be a big number in terms of voters but they help influence other voters,” said the leader who didn’t wish to be named.
In this constituency, state BJP chief Madan Kaushik is up against Satpal Brahmachari from the Congress and Sanjay Saini of the Aam Aadmi Party.