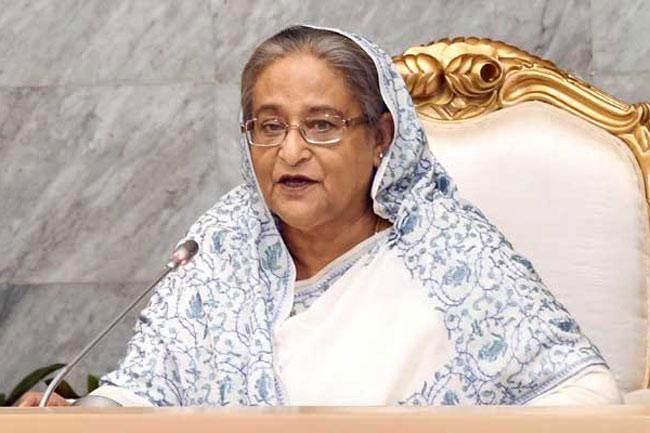 Sofian Khan: Prime Minister Sheikh Hasina asked the members of police to direct their works mainly focusing on the basic rights of the people.”You must give the highest importance to people’s fundamental rights, human rights and the rule of law during your duties,” she said. The PM came up with her regards while addressing the 35th BCS batch of assistant superintendents of police’s (ASP) passing-out parade at Bangladesh Police Academy. She also directed the members of police to keep their polite towards women and children. “You must play the role of leaders to eliminate crimes from society by formulating people-friendly police through involving them,” she said. The Premier also urged them to work toward the fulfillment of the people’s expectation. “For that skilled, a professional and pro-people police service, and we’re firmly determined to formulating that,” she added. “We have to save the nation from this drug. For that, you’ll have to do special works, we want you to take strong punitive actions against drug abusers, suppliers, traders, producers or whoever he or she is. For this you must maintain good relations with mass people,” she said.
On her arrival at the Sarda Police Academy, the Prime Minister was received by Home Minister Asaduzzaman Khan Kamal, Inspector General of Police (IGP) Dr Mohammad Javed Patwary and Principal of the academy Additional Inspector General Md Nazibur Rahman.