Focus in Mali needs to be on people, not the military 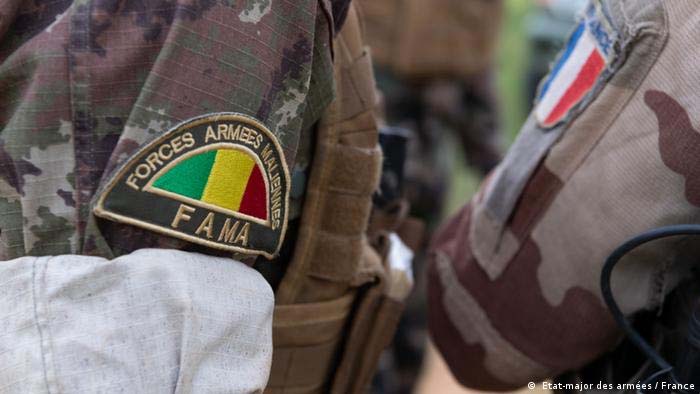 After many threats in this vein, and as many postponements, on Thursday France and its EU partners finally announced that they would be withdrawing their troops from Mali. They said that the plan was to continue the fight against terrorism in the Sahel region from a different country. In Germany, the announcement has caused a stir because of the Bundeswehr’s involvement.However, in Mali itself, many seem to be indifferent. Indeed, many have even welcomed France’s withdrawal.
There are many reasons for this. One of them is the “Francafrique” system, an arrangement thanks to which the French state has, over decades and with the help of corrupt elites in individual countries, secured access to resources in Africa. Many people in Francophone Africa are completely fed up with this – and rightly so.
Meanwhile, more and more, Russia has exploited this anti-French resentment for its own goals – which are, of course, not a jot grander than those of many others. In addition to access to resources such as gold, uranium or gemstones, Moscow is primarily concerned with geostrategic hegemony. Accordingly, Russian trolls have flooded the social networks with anti-French propaganda, fake news and alleged success stories of Russian military operations.Mali’s military regime – which was trained in Europe, but also in Russia – is also riding the anti-French wave for its own purposes: namely to maintain its power. For months, it has engaged in a diplomatic showdown with France, while at the same time intensifying its military cooperation with Russia, whose exact nature it has neglected to disclose to its allies. (Is the cooperation with mercenaries from the Wagner group or soldiers from the regular Russian army?)
What is clear is that France, and the EU, have double standards. And this is precisely what many Malians are annoyed about: While the (bothersome) putschists in Mali have had sanctions slapped on them, Chad’s interim president remains a welcome guest. Yet, he also seized power in a highly undemocratic way after the unexplained death of his adoptive father.
One does not need to think for more than a second to understand that the solution for the Sahel cannot be a military one. What people in the region need is development, reliable state structures and prospects for a safe future. And this does not only mean protection from terrorists. It is a question of survival.
It would be much better for the people of the Sahel region if as many billions of euros were invested in developing their societies as were pumped into military missions. It would be even better if everything was done to make sure that the funds invested did not land in the pockets of corrupt elites. The situation is catastrophic. Harvests are either drying up or being flooded because of climate change. There are more and more people to feed because of a population boom. The state is absent in many places, and bandits have been allowed to wreak havoc. In some parts, jihadis have set up parallel tax systems. There is hardly any work. There are few hospitals. And most roads are in a state of disrepair.
More and more, the members of different ethnic groups are coming into conflict over resources, which are increasingly scarce. Millions of people are in danger of famine and starvation. Millions have fled. Millions of children cannot go to school because of the terrorist threat. A lost generation is growing up.
The daily struggle and lack of prospects are causing many to despair. It can thus be easy for jihadis luring people in with promises of a better life and money. This is not a reproach and not everybody is tempted by the offers of terrorists.
But how many people who are safe in Europe can say for sure that they would resist such temptation if their families were in danger?
For far too long, the international community has placed its bets on military solutions alone. Now, it must find other ways of helping the abandoned populations of the Sahel region.
It means taking them and their needs seriously. It means working with them to find local solutions. It means making sure that children can go to school and their parents can go back to work in the fields without being scared.
If this means talking with armed groups first, then this is an option that should at least be entertained. In some places, approaches such as these have led to people living in more safety.