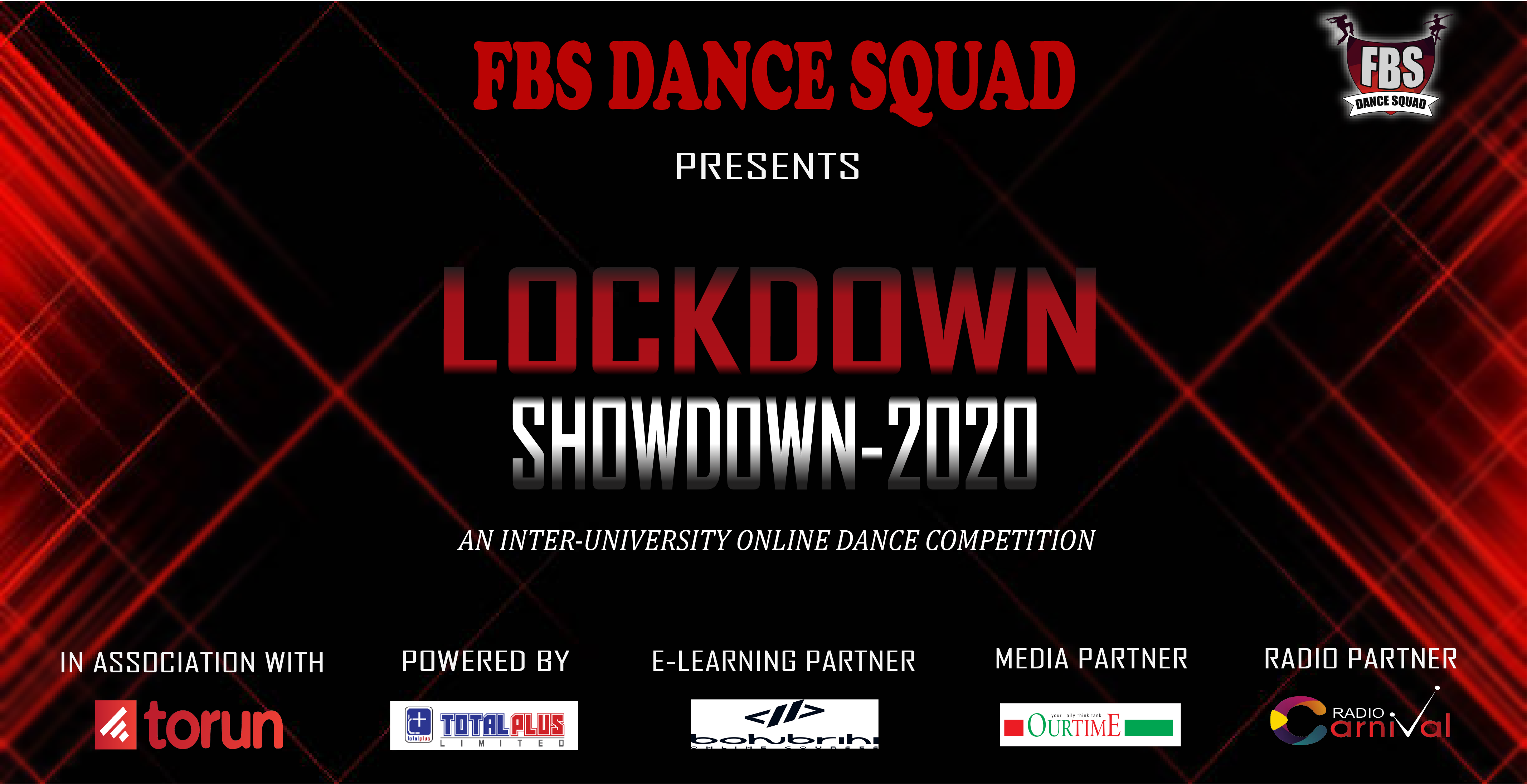 As Martha Graham says – Dance is the hidden language of soul – it is about time to pour out the euphoria’s of our souls onto the world to light up the glooms lingering in air, as FBS Dance Squad launched an inter-university online dancing competition “Lockdown Showdown”. Just as the name goes- this whole event is all about showcasing the dancing talents from across the country, despite the social constraints and unite virtually on the beats.

FBS Dance Squad is a community of artists always on a spree to motivate, hunt and engage the dancing aspirants by arranging marvelous events and setting up the stage for show. And for keeping the good spirits of their organization up and making the quarantine a bit exhilarating, this competition has been arranged which will soon commence as the registrations opens from 29th August and accepts registrations till 3rd September.

In this attempt to shroud the boredom, monotony and frustrations from lockdown with some interactive engagements, more than 20 renowned club from universities all over the country will be club partners for the competition.

With the closing of the registration process, participants will be able to start sending in their recorded videos for the contest. Facebook has been chosen as the online media to conduct the whole event where the videos will be uploaded for voting and consequently will be scored based on both the viewer’s response and judges’ remarks on the performance. These evaluations will be made on two phases from the 10th to 11th of September with a Grand Premier through Facebook live on 21st September.

Winners will be receiving prize money along with crests and certificates. Also, among many other exciting gifts, they will get an opportunity to add to their skill sets as they will be provided with free access to online courses.

Since the inception of civilization, humans have been tossed with unimaginable challenges, which they have thwarted in ever evolving manners and paved their progress ahead. FBS Dance squad, acknowledging that super power of humans, gives a call to battle to all the dancers out there for bracing the new normal and carrying on their burning passion with the enthralling moves and jazz.