Farmers in crisis as France’s annual farm fair kicks off 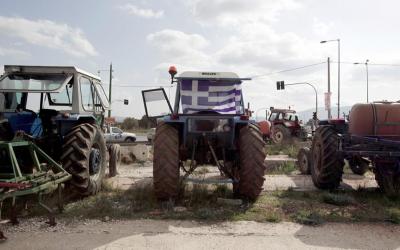 France’s countryside comes to Paris on Saturday as the agricultural expo kicks off, the annual opportunity for urbanites to channel their inner peasants and politicians to burnish their farm cred.

Strutting cows, prize pigs and splendid cockerels will preen for the
cameras as nearly 700,000 visitors — a third of them children under 12 –descend on the vast Porte de Versailles exhibition centre in southern Paris.

But the bonhomie that usually enlivens the nine-day event will have trouble masking deep discontent among farmers struggling to make ends meet, buffeted by myriad factors beyond their control.

“There is a lot of worry on the farms, a lot of people are quitting
(because) they feel there is no future,” he told AFP, noting that 5,000 farmers are leaving the sector each year.

The past several months have seen a steady drumbeat of protests across the country, with farmers blocking roads with their tractors or dumping manure outside government offices — and in one case sending pigs running down supermarket aisles.

Their complaints are legion.

The beef, pork and milk sectors have seen prices collapse because of
declining sales to China and especially the Russian embargo on most Western food imports in retaliation for sanctions over the Ukraine crisis.

In addition, wholesalers, which have been engaged in a price war for
several years, are demanding ever deeper cuts from suppliers, who are in turn squeezing farmers.

Meanwhile, a mild winter has upset the apple cart for many growers, who are bringing produce to the market before they can find buyers.

The Salon de l’Agriculture is a must on the calendar of any ambitious
politician, and with an election just 15 months away, the glad-handing — and the “stroking of cows’ behinds” made virtually compulsory by the earthy president Jacques Chirac — will be the order of the day.

But the main farmers’ union FNSEA warned: “It’s out of the question for the fair to become a political beauty contest once again.”

Agriculture Minister Stephane Le Foll — who is also the spokesman for
embattled President Francois Hollande’s government — said he planned to “be respectful, available and receptive” to the farmers’ concerns.

As tradition dictates, Hollande will open the fair at dawn on Saturday as the cows are being milked.

“What welcome can he expect?” asked Friday’s edition of Le Parisien
newspaper.

“There could be some expressions of anger,” Le Foll told the daily Le
Monde. “You can’t control everything.”