Eye on China, India’s plan for 6 nuclear-powered attack submarines back on track 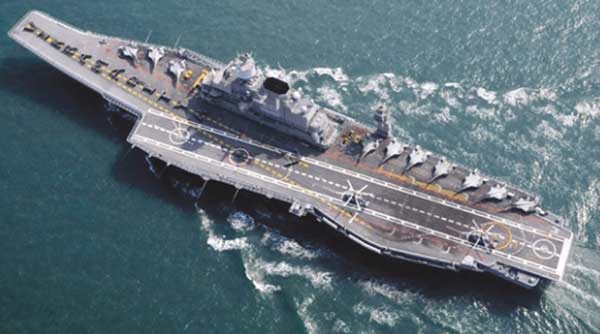 Reuters:[2] Monday’s significant test should be seen as part of the navy’s overall capability-building plans, ranging from the ongoing plan to build six nuclear-powered attack submarines or SSNs to the commissioning of its second aircraft carrier, INS Vikrant, later this year.[3] On March 8, the Defence Research Development Organization (DRDO) successfully carried out the final test of the land based prototype of the Air Independent Propulsion (AIP) system in Mumbai. The AIP system, retrofitted by expanding the hull area, ensures that diesel attack submarines can remain under surface for a longer period and become more silent than a nuclear-powered submarine. The AIP system will be retrofitted into Kalvari class submarines, the third of which (INS Karanj) will be commissioned on Wednesday March 10.