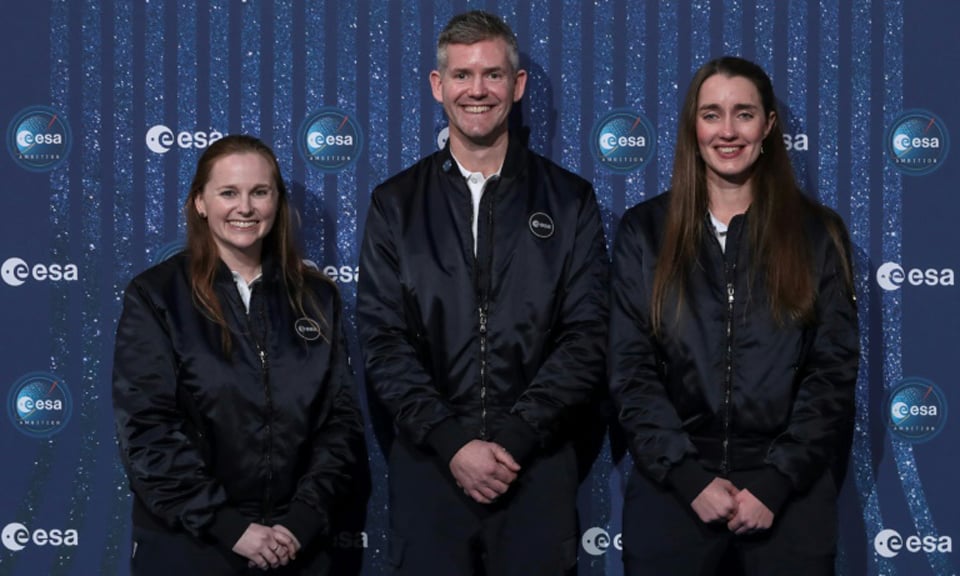 DOT desk: The European Space Agency announced five new career astronauts as well as history’s first astronaut recruit with a disability on Wednesday after adopting a record budget to fund its projects. Report BSS.
The two female and threemale career astronauts “will start working immediately,” ESA director-general Josef Aschbacher told a ministerial council meeting in Paris.
From more than 22,500 applicants, the agency chose France’s Sophie Adenot, Spain’s Pablo Alvarez Fernandez, Britain’s Rosemary Coogan, Belgium’s Raphael Liegeois and Switzerland’s Marco Sieber.
“I’m European but from the UK,” Coogan told the ceremony. Though Britain has left the European Union, it remains in the ESA.
The new recruits start training next year and are not expected to blast off into space on a mission until 2026.
They will join the astronauts from the ESA’s previous 2009 astronaut class, which include Britain’s Timothy Peake and France’s Thomas Pesquet.
It is from that previous class that an astronaut will be selected to go to the Moon as part of NASA’s Artemis mission.
“No one is retiring today,” Pesquet said, advising the new recruits to “hang on tight”.