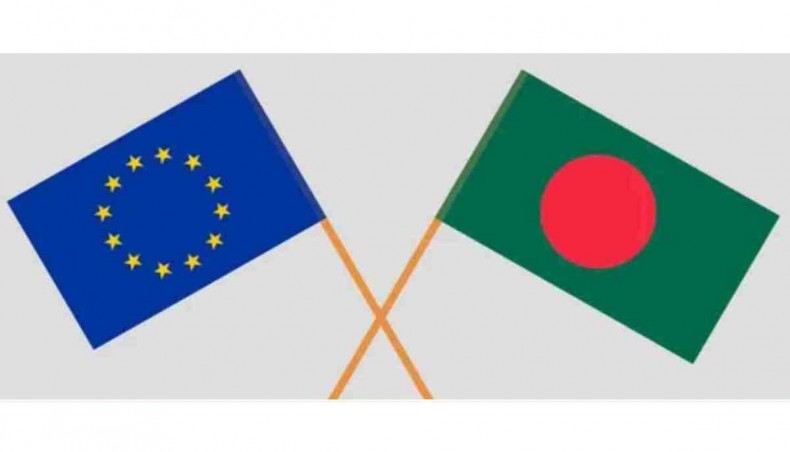 UNB: A delegation of the European Parliament’s Committee on International Trade began their three-day visit here on Monday.
Heidi Hautala, MEP is leading the European Parliament delegation to Bangladesh. Bangladesh and the European Union (EU) will discuss mainly trade-related issues during the visit. “They are interested in following trade relations between the EU and Bangladesh which are growing very strongly,” EU Ambassador to Bangladesh Charles Whiteley told reporters after his recent meeting with State Minister for Foreign Affairs Md Shahriar Alam.
He said the delegation of the Members of the European Parliament (MEPs) will meet different ministers and other organizations.
The EU ambassador said both sides will be looking at GSP regulation, which is their global regulation as they are very committed and interested on the trade front.

Bangladesh is already engaging in the GSP Plus issue which is a rather difficult process and the EU says it is very encouraging to see awareness in Bangladesh.

The EU is very happy that Everything but Arms (EBA) has helped Bangladesh and thanked Bangladesh for the high-quality clothing that they get from the country.

Bangladesh suggested an extension of the existing DFQF market access for Bangladesh in the European market by nine years beyond the three years of leeway after graduation. Bangladesh can still enjoy duty-free quota-free market access from 2026 up to 2029.

The State Minister said there will be a wide-ranging discussion with the EU delegation.

Bangladesh draws worldwide attention for keeping up its growth momentum despite the global recession triggered by the pandemic and war, he said.