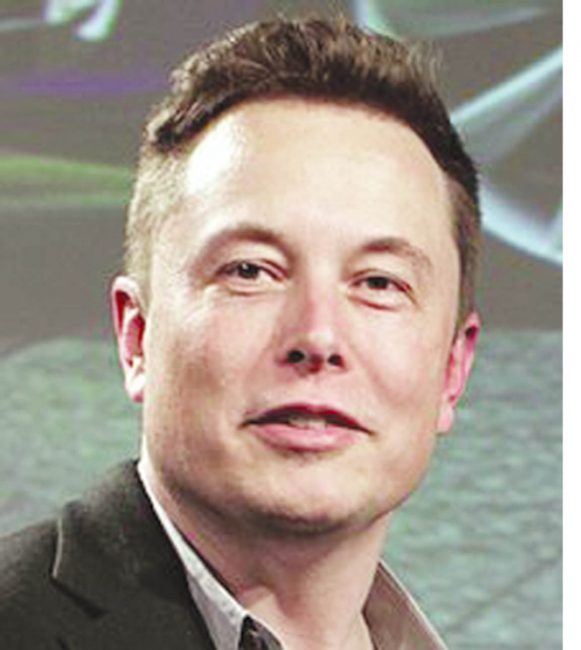 Sky News: An emotional Elon Musk has revealed the past year has been “excruciating”, with the “worst yet to come” in his personal life.
The Tesla boss told the New York Times that the year “has been the most difficult and painful year of my career”.
In an unusually personal and emotional interview, the electric car maker’s chairman and chief executive said he is exhausted after a year of controversy.
After promising to produce 5,000 Model 3 Teslas a week, Mr Musk has been sleeping in the factory, to the detriment of his family, friends and health.
“There were times when I didn’t leave the factory for three or four days – days when I didn’t go outside,” he told the New York Times.
“This has really come at the expense of seeing my kids. And seeing friends.”
Mr Musk, who is dating Canadian singer Grimes, 30, last week caused havoc in the markets after tweeting, in the middle of the night, that he hoped to take the publicly traded company private.
That tweet, with the fateful words “funding secured” and prices would be “at $420”, kicked off a federal investigation as it could be seen as manipulating the marketplace and it turns out the Saudi government had spoken to him about funding but had parted with no cash yet.
His board has told him to focus on production rather than Twitter, especially after he called a cave diver rescuing the Thai football team a “paedo guy”.
Known for being extremely ambitious with his ideas, the South African has been one of Silicon Valley’s most influential entrepreneurs for two decades.
But the limelight is eventually taking its toll, with Mr Musk admitting he works 120 hour weeks and has not taken more than a week off since 2001 – when he had malaria.
He also emotionally revealed he spent his entire 47th birthday on 28 June at work.
“All night – no friends, nothing,” he said.
Two days after that he was best man at his brother, Kimbal Musk’s, wedding in Catalonia where he flew from the factory to arrive two hours before the ceremony.
He said he flew straight back after the wedding to Tesla’s headquarters to make good on his promise to get those Model 3s out – something he eventually achieved on 1 July.
“I thought the worst of it was over – I thought it was,” he said.
“The worst is over from a Tesla operational standpoint.
“But from a personal pain standpoint, the worst is yet to come.”
Mr Musk said he blames his stress on short-sellers who bet Tesla’s shares will lose value if it goes private.
He said he is bracing for “at least a few months of extreme torture from the short-sellers, who are desperately pushing a narrative that will possibly result in Tesla’s destruction”.
On short-sellers, he said: “They’re not dumb guys, but they’re not supersmart. They’re OK. They’re smartish.”
Mr Musk admitted to taking the sleeping pill Ambien, saying: “It is often a choice of no sleep or Ambien.”
However, some board members have said it does not help him sleep but contributes to his late-night Twitter sessions, which often get him in trouble.
Mr Musk said, there is an ongoing search to find a deputy to help him, but “to the best of my knowledge” it is not active at the moment.
But, people familiar with the search said it escalated after Mr Musk’s tweets about taking the company private and the cave diver.