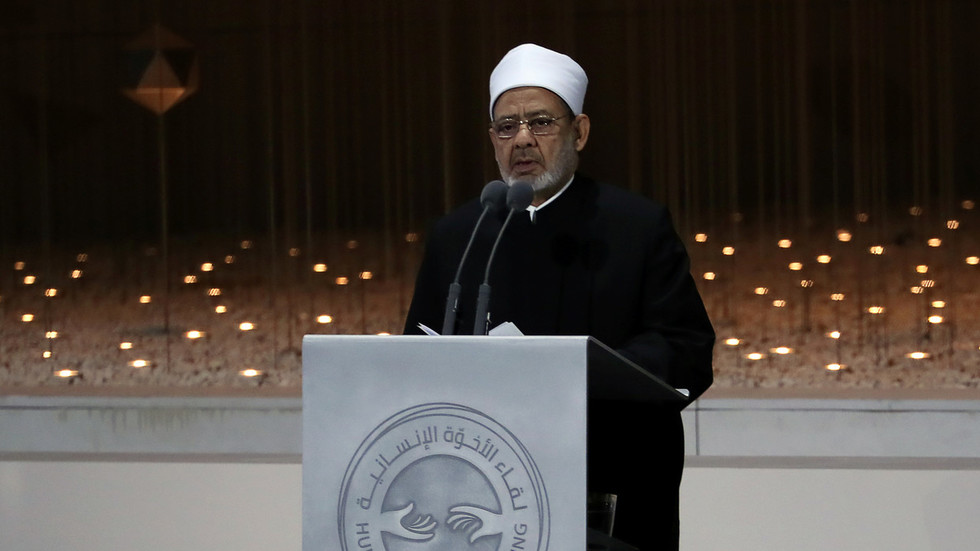 Russia Today: A hugely influential Egyptian Imam has provoked controversy for describing polygamy as an “injustice” to women practiced by people who do not understand the Koran.
Sheikh Ahmed al-Tayeb, who heads Egypt’s prominent Al-Azhar mosque and university, made the comments on Twitter and on a weekly television show.
The influential cleric, who met Pope Francis in February, said the practice is the result of “a 8More on Page 7, Col
(From Page 8) lack of understanding of the Koran and the tradition of the Prophet.”
“Those who say that marriage must be polygamous are all wrong,” he said on the TV program adding that any Muslim man who desires multiple wives must obey certain conditions governing fairness, “if there is not fairness it is forbidden to have multiple wives,” he said.
The Grand Imam, who is considered one of the highest authorities in Sunni Islamic thought, didn’t limit his comments to just marriage, he also made broader comments on the need to revamp women’s position in society.
“Women represent half of society, if we don’t care for them it’s like we are walking on one foot only,” he said.
Tayeb’s comments stirred up considerable controversy on social media with many applauding them while others took strong exception.
The Al-Azhar institute was prompted to release a statement clarifying that Tayeb had not called for the prohibition of polygamy, as some had claimed.
The grand imam’s comments were welcomed by the Egyptian National Council for Women.