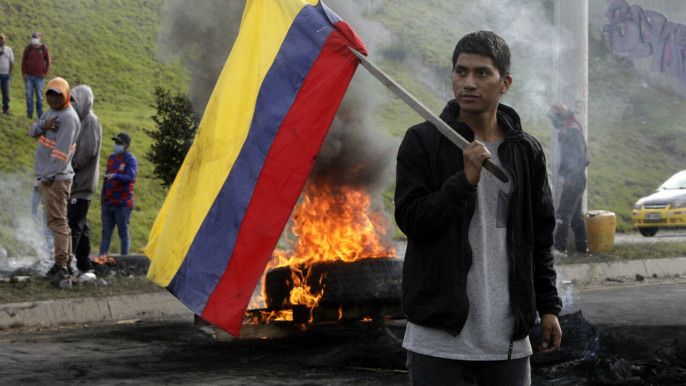 AFP: Ecuador’s President Guillermo Lasso declared a state of emergency in three provinces late Friday in response to sometimes violent protests by Indigenous people demanding cuts in fuel prices.
“I am committed to defending our capital and our country,” Lasso said on television. One of the three provinces includes the capital Quito.

The decree enables the president to call out the armed forces to maintain order, suspend civil rights and declare curfews.
Indigenous people, who make up over a million of Ecuador’s 17.7 million inhabitants, launched an open-ended anti-government protest Monday that has since been joined by students, workers and other supporters.
They have blocked roads across the country including highways leading into Quito.

Clashes with security forces during the protests have left at least 43 people injured and 37 have been arrested.