Earth’s inner core might have stopped and changed direction: Check out what happens now! 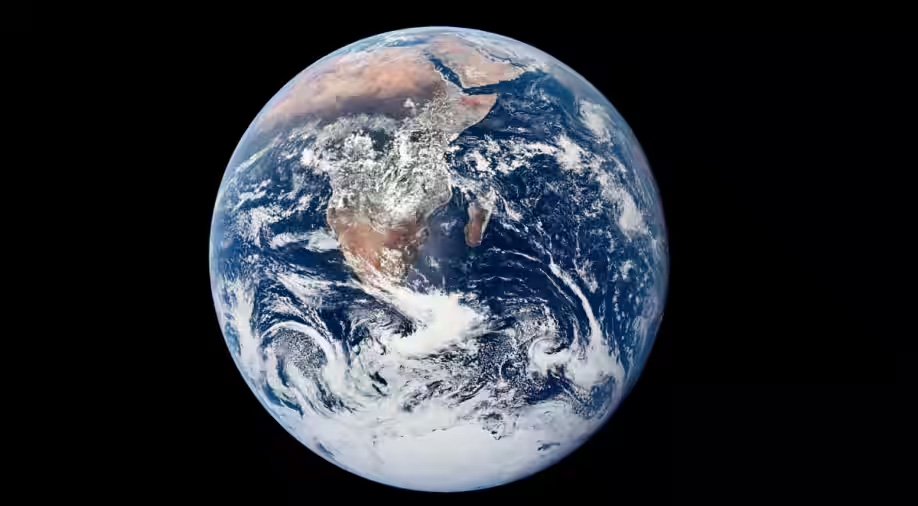 AFP: Earth’s inner core has always had a pace of its own. Surprisingly, scientists have known about the unusual behaviour since the mid-1990s. However, a recent study revealed that Earth’s inner core has stopped spinning and might change its original direction of motion. A study published in Nature Geoscience stated that the internal core rotation of our planet recently paused after geoscientists analysed the motion pattern. In 2009, the movement stopped suddenly and started moving in the opposite direction. Earth’s inner core moves in relative motion with the speed of Earth like a swing, and one cycle of the swing is about seven decades, geoscientists told AFP. Previously, it switched paths in the early 1970s. According to the prediction by researchers from China’s Peking University, the successive motion would be in the 2040s. Our planet earth consists of three layers, crust, core and mantle. The Earth’s core again divides into two, the inner and outer. Let’s look deeper into the Earth’s inner core to understand what’s happening.
What is Earth’s inner core?
In 1936, scientists discovered it while analysing the waves that travel through the planet during an earthquake. About 7,000 kilometres wide, it is made up of a shell of liquid iron wrapping a solid centre of the iron. A study in 1996 revealed that the travelling speed of seismic waves through the Earth’s inner core demonstrated a periodic variation over the last three decades. The rotation rate grew faster by 1 degree per year than the mantle and crust.
What will happen due to directional change in Earth’s inner core?
According to the researchers, the core’s rotation directly connects to a day’s length, Earth’s rotation, and Earth’s mantle and crust. They have also cited evidence of gravitational coupling that led to dynamic interactions between all three layers of Earth. However, no evidence shows that the directional change in Earth’s inner core has affected the routine lives of people. Research says that Earth’s solid inner core, a hot iron ball has stopped paused its rotation and started to spin in the opposite direction.
The earth’s core is roughly 5,000 kilometres (3,100 miles) below the surface we live on, this “planet within the planet” can spin independently because it floats in the liquid metal outer core, an AFP report said. Exactly how the inner core rotates has been a matter of debate between scientists — and the latest research is expected to prove controversial. What little we know about the inner core comes from measuring the tiny differences in seismic waves — created by earthquakes or sometimes nuclear explosions — as they pass through the middle of the Earth.
Seeking to track the inner core’s movements, new research published in the journal Nature Geoscience analysed seismic waves from repeating earthquakes over the last six decades.
The study’s authors, Xiaodong Song and Yi Yang of China’s Peking University, said they found that the inner core’s rotation “came to a near halt around 2009 and then turned in an opposite direction”. “We believe the inner core rotates, relative to the Earth’s surface, back and forth, like a swing,” they told AFP.
“One cycle of the swing is about seven decades”, meaning it changes direction roughly every 35 years, they added. They said it previously changed direction in the early 1970s and predicted the next about-face would be in the mid-2040s. The researchers said this rotation roughly lines up with changes in what is called the “length of day” — small variations in the exact time it takes Earth to rotate on its axis.
So far there is little to indicate that what the inner core does has many effects on surface dwellers. But the researchers said they believed there are physical links between all of Earth’s layers, from the inner core to the surface.
“We hope our study can motivate some researchers to build and test models which treat the whole Earth as an integrated dynamic system,” they said. Experts not involved in the study expressed caution about its findings, pointing to several other theories and warning that many mysteries remain about the centre of the Earth.
“This is a very careful study by excellent scientists putting in a lot of data,” said John Vidale, a seismologist at the University of Southern California. “(But) none of the models explain all the data very well in my opinion,” he added.
Vidale published research last year suggesting the inner core oscillates far more quickly, changing direction every six years or so. His work was based on seismic waves from two nuclear explosions in the late 1960s and early 1970s.
That timeframe is around the point when Monday’s research says the inner core last changed direction — which Vidale called “kind of a coincidence”. Another theory — which Vidale said has some good evidence supporting it — is that the inner core only significantly moved between 2001 to 2013 and has stayed put since.
Hrvoje Tkalcic, a geophysicist at the Australian National University, has published research suggesting that the inner core’s cycle is every 20 to 30 years, rather than the 70 proposed in the latest study.
“These mathematical models are most likely all incorrect because they explain the observed data but are not required by the data,” Tkalcic said. “Therefore, the geophysical community will be divided about this finding and the topic will remain controversial.”
He compared seismologists to doctors “who study the internal organs of patients’ bodies using imperfect or limited equipment”.
Lacking something like a CT scan, “our image of the inner Earth is still blurry”, he said, predicting more surprises ahead.
That could include more about a theory that the inner core might have yet another iron ball inside it — like a Russian doll.
“Something’s happening and I think we’re gonna figure it out,” Vidale said.
“But it may take a decade.”