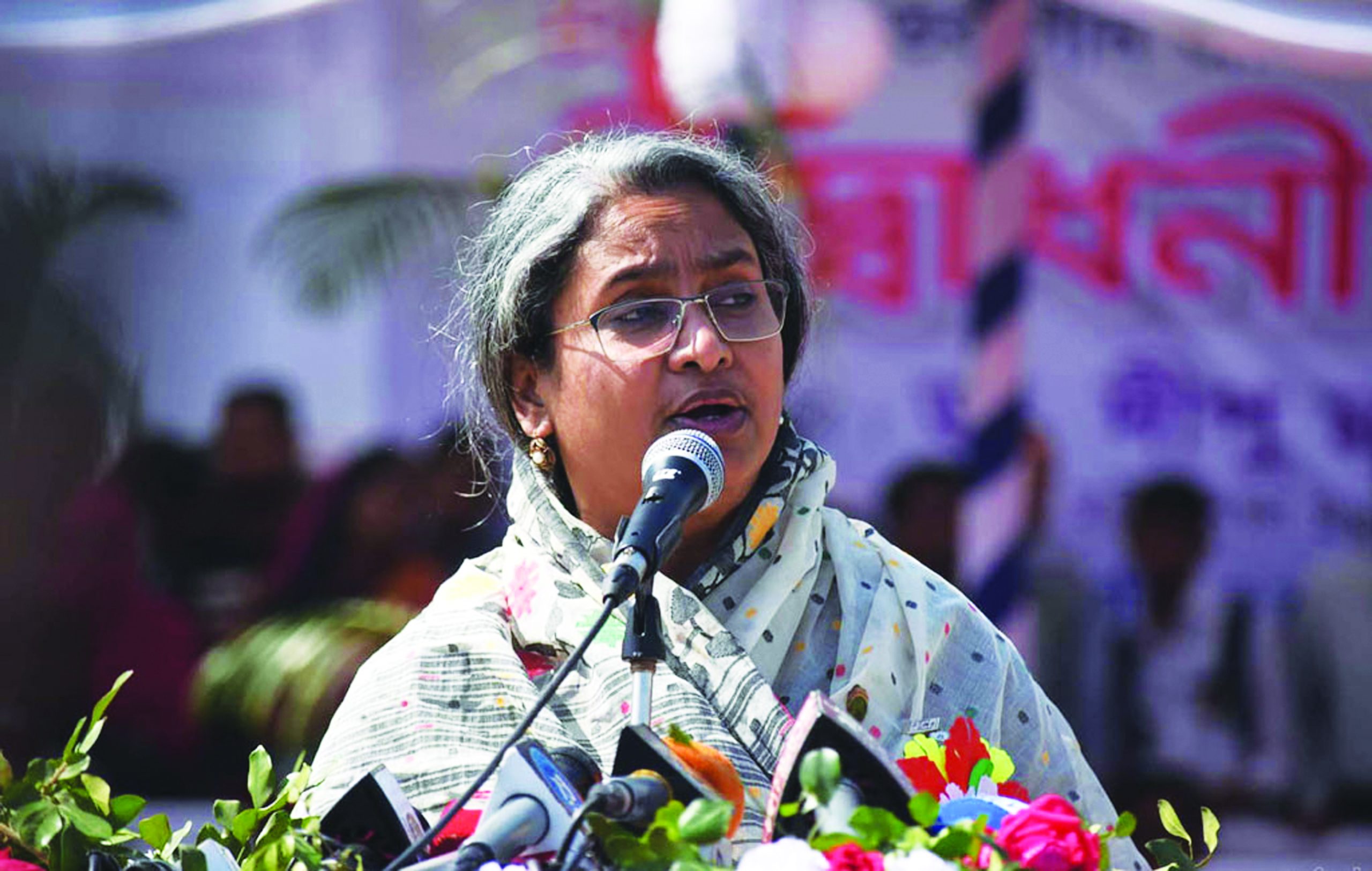 UNB: The schedule of suspended Secondary School Certificate (SSC) and equivalent examinations will be announced once floodwater completely recedes from schools, said Education Minister Dipu Moni.
The minister said this while talking to reporters on Saturday at a programme held at Chandpur Press Club.
“When students will be able to attend the exams easily the new schedule for exams will be announced,” she said.
On June 17, SSC and equivalent examinations, under all the education boards slated to begin on June 19 were postponed due to the flood situation in the country.