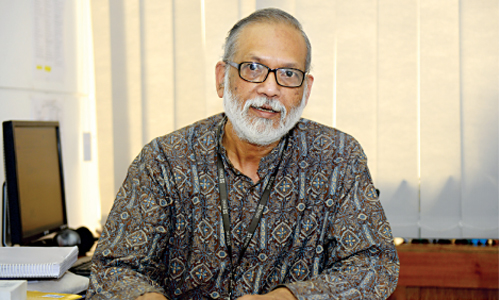 Afsan Chowdhury, Researcher, Political Analyst : Very few things happen in this country conforming to laws. From my point of view, the much-debated Digital Security Bill 2018 is related to politics. Very few people of this country hurt religious sentiment. Very few people intend to do so.
Now if I say Sheikh Mujibur Rahman had done something wrong during 1971, then the student wing of the ruling party Chhatra League will take no time to lodge a case against me. I will land in jail and I will suffer.
It should have been made clear that analyzing a person and insulting a person are two different things. Will it be defamatory if someone says that Bangladesh is a country of many failures?
Is there any point in dissecting Digital Security Bill 2018? It is a matter of grave concern that the bill will give birth to a huge number of cases. Cases will be filed to put anybody in trouble. The government could have dealt with the issue in a different way. The government, whichever party goes to power, does not see anything beyond politics. The politicians do not see anybody beyond their party. This is the current scenario of our country. What is lotted cannot be blotted, so we have to grin and bear it. But that does not mean that the government cannot enact laws. The government reserves the right to enact laws. The digital world is enormous. Has the government been able to rein in the violators of the laws? Has the government been able to check its detractors?
The judicial structure of our country is so flimsy that it took 14 years to dispose of a case lodged for launching an attack on the chief a political party. The political party in question is in power for 10 years. Given the scenario, we cannot say that there is a skilled judicial system in the country. When a skilled judicial system in found wanting in a country, then there is an ample scope to misuse any newly enacted law.

There is not a clear demarcation line here between a research or analysis and hurting sentiment. This is a real problem. Anybody can file a case if it depends on an individual. Anyone is free to feel that his religious sentiment has been hurt.

In fact, the cases are lodged by the people. Filing a case is the best way to harass a people. The journalists objected to the bill heavily. The word journalist here means social media and professional media. No step has been taken to address growing intolerance in our country. For that very reason, many cases will be filed under the new act.

Based on an interview by Enamul Haque Ena, translated by Hossen Sohel