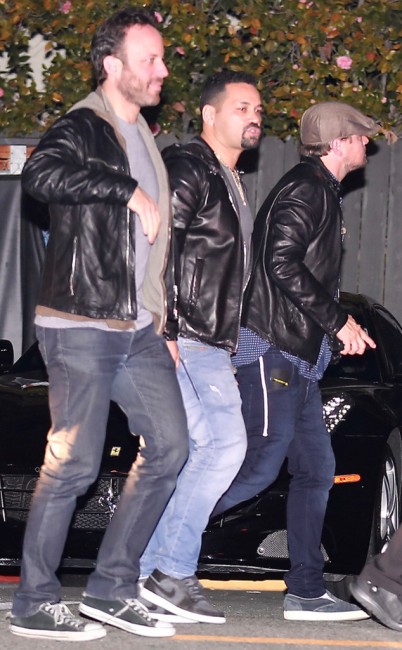 Leonardo DiCaprio after winning the Oscars, was seen partying at a night club in Los Angeles, the immediate Friday after the gala night. With him, some male members with similar dress codes were found while they were coming out of the club. The 41 year-old celebrity was spotted wearing a blue patterned button down shirt along with a blackish leather jacket. The outfit included blue jeans, a light brown cap and tennis shoes. Three female members were spotted a little far away from there.
Before DiCaprio, the outside of that particular nightclub was noted this week by the visit of the actors like Ben Afflek and Lenny Kravitz. Before this DiCaprio was marked partying with Rihanna near a night club situated in New York. Besides this, he was also spotted at other nightclubs this week. Leonardo DiCaprio won the best actor award this year at the Oscars, for his incredible acting in Revenant.
For over 20 years, DiCaprio got nominated four times for his best actor role at the Oscars. Finally, he got recognized at the most prestigious award festival. DiCaprio was noteworthy for his actings at the renowned movies, namely The Basketball Diaries, Titanic, Catch me if you can, Inception, The Revenant etc.
He appeared into his cinema career through The Basketball Diaries at the age of 14, in the year 1995, featuring Jim Caroll’s teenage drug life at New York city. DiCaprio became famous for his role in Titanic, the most award winning movie (11) of all times at the 70th Academy Award.