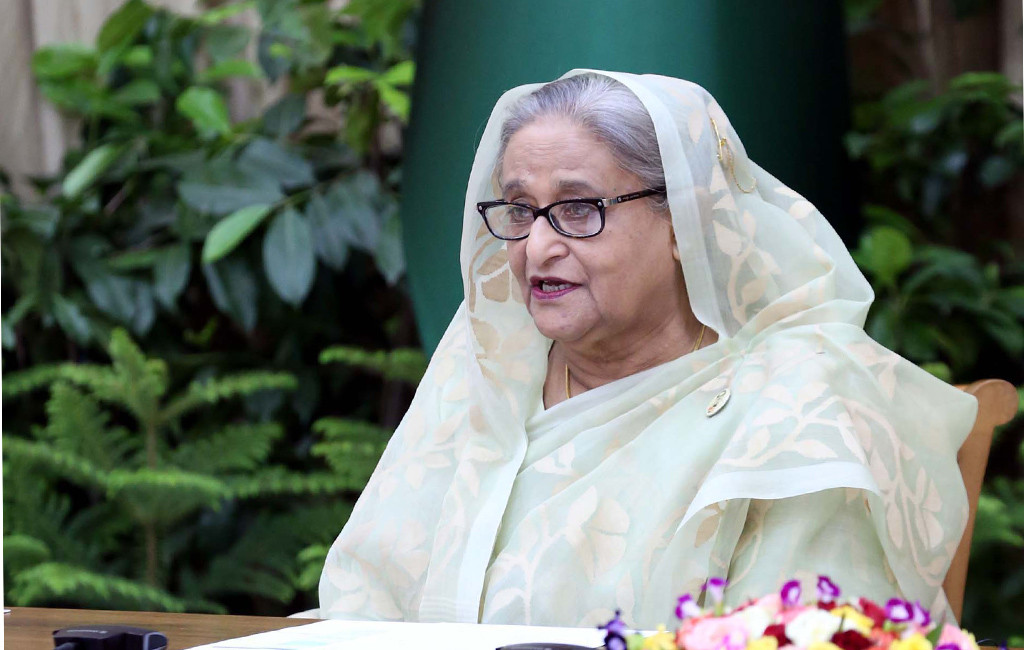 BSS: Prime Minister Sheikh Hasina said yestereday the government is developing communication systems across the country as developed communication expedites industrialization as well as boosts trade and business. “We’re reviving rail communication, setting up new rail tracts and reactivating rivers through dredging alongside constructing bridges. . . . A developed communication expedites industrialization and boosts trade and business,” she said.
The premier said this at a financial donation-providing ceremony at the Prime Minister’s Office (PMO), joining virtually from her official residence Ganabhaban.
Different banks and financial institutions donated to the Prime Minister’s Relief and Welfare Fund. Principal Secretary to the Prime Minister Dr. Ahmad Kaikaus, on behalf of the premier, received the cheques of donation.
Mentioning that the government has established a road communication network across the country by constructing bridges and others, Sheikh Hasina said they are reactivating the rivers by dredging while reviving the rail communication although the previous government almost abandoned it. Referring to the recently inaugurated Padma Multipurpose Bridge, she hoped that it would change the fate of the people of 21 districts.
She said the Padma Bridge has opened up the vast scope of industrialization in the Southern region of the country that might bring economic development to rural people.

She also noted that it would also raise the purchasing capability of rural people, which would also create a market for locally produced goods.

The prime minister again extended her heartfelt gratitude to the countrymen, saying that, “People are my strength. Construction of the Padma Bridge with own finance has been possible as the people of the country stood beside me.”

A total of 45 banks and financial institutions have donated a total of Taka 304.41 crore.

Against the backdrop of spreading of Coronavirus anew in the country, the prime minister reiterated her call to all to maintain health safety protocols to protect themselves from getting infected with Covid-19.