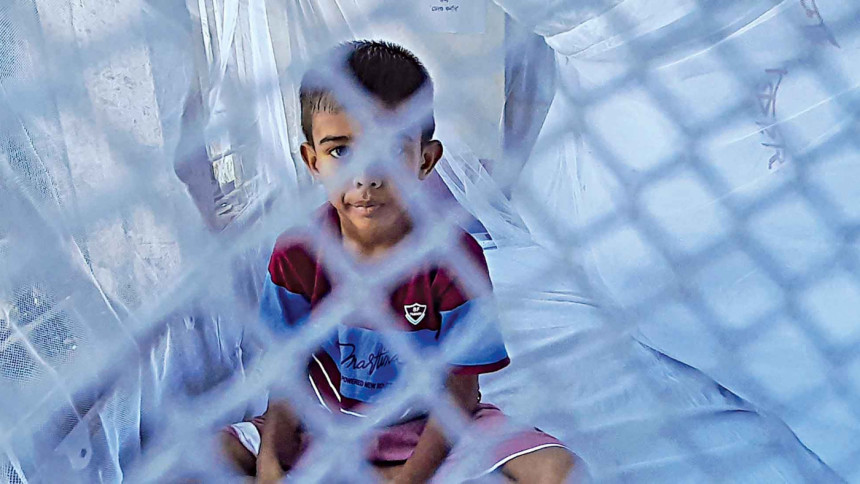 DOT desk: The surge in dengue cases in the country could continue longer than expected because of the rain,reports The Daily Star.
Experts had earlier expected that the number of patients afflicted with the mosquito-borne disease would reduce in the first week of November, but they are now predicting that the spike in cases will continue due to the wet weather.
There has been torrential rain in the coastal districts, as well as the capital, due to the effects of cyclone Sitrang since early yesterday.
In the 24 hours preceding yesterday morning, at least five dengue patients died and 903 others were admitted to different hospitals across the country, according to the Directorate General of Health Services (DGHS).
The total number of dengue cases this year stood at 31,966, and deaths 118.Of the deaths this year, 69 were in Dhaka, 22 in Cox’s Bazar, 13 in Chattogram, five in Barishal, three each in Mymensingh and Khulna, and one each in Narsingdi, Narail, and Feni.