Deforestation in Brazilian Amazon remains high in May 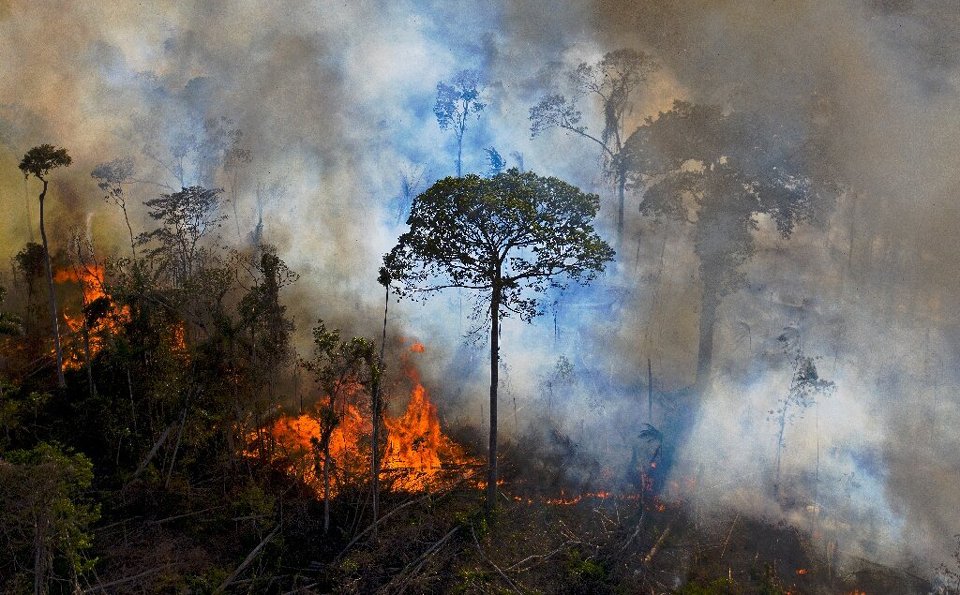 AFP: Deforestation in the Brazilian Amazon fell in May from the same month last year, but came in at the second-highest level on record for the period, continuing a devastating year for the world’s biggest rainforest.
Figures based on satellite data published Friday by the national space agency, INPE, showed a total of 900 square kilometers (347 square miles) of forest cover in the Brazilian Amazon was destroyed last month — equivalent to more than 126,000 football fields.

The figure was down 35 percent from May 2021, but was still the second-worst since records began in August 2015. And deforestation so far this year is up 12.7 percent from the same period last year.
Experts say the destruction is mainly driven by farming and ranching in Brazil, the world’s top producer of soy and beef. President Jair Bolsonaro, an ally of Brazil’s powerful agribusiness lobby, has presided over a surge in destruction in the Amazon, a key resource in the race to curb climate change, since taking office in 2019.

Under the far-right president, who is up for reelection in October, average annual deforestation in the Brazilian Amazon has risen by 75 percent from the previous decade.

At the Summit of the Americas in Los Angeles this week, Bolsonaro said his country could expand agribusiness without harming the Amazon, and complained to US President Joe Biden about international pressure over the issue.

“We have a wealth in the heart of Brazil — our Amazon, which is bigger than Western Europe, with incalculable riches, biodiversity, mineral wealth, drinking water and oxygen sources,” Bolsonaro said, as he met Biden on the sidelines of the summit.

“Sometimes we feel that our sovereignty is threatened in that area but Brazil preserves its territory well,” he said.