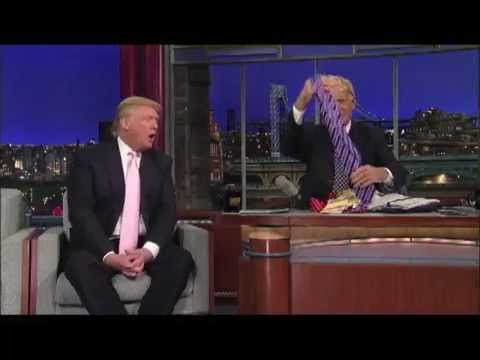 The king of American television’s Late Night Show Programs for the last three decades David Letterman retired from his 33 years career last year. May 20, 2015 was the last day of his show. Each and every time Donald Trump attended, had been trolled by Mr. Letterman. The last time Trump attended the show being presidential candidate of US, Letterman trolled Trump for being a Chinese hater. He called Trump racist in public on-air which made him leave the show in rage.
After the retirement of David Letterman from his show, he appeared surprisingly at Steve Martin’s and Martin Short “A Very Stupid Conversation” comedy tour at San Antonio, Texas. In that show he trolled Donald Trump at an extreme level. Even he trolled his retirement life relating that to Donald Trump’s election candidacy. He trashed Trump in the show of Martins, “I am so happy to be out of the house,” Letterman said, “I retired and I had no regrets — none. I was happy. I was complacent. I was satisfied. I was content. And then a couple of days ago, Donald Trump said he was running for president. I have made the biggest mistake of my life, ladies and gentlemen.”
In that show, David Letterman amused the crowd stating 10 facts about Donald Trump. The facts are edited here for transparency as per read out by Mr. Letterman on the show from a piece of paper he wrote down himself:
No. 10: That thing on his head was the gopher in “Caddyshack.”
No. 9: During sex, Donald Trump calls out his own name.
No. 8: Donald Trump looks like the guy on the lifeboat with the women and children.
No. 7: He wants to build a wall. How about building a wall around that thing on his head?
No. 6: Trump walked away from a moderately successful television show for some delusional bulls*** … oh wait, that’s me.
No. 5: Donald Trump weighs 240 pounds — 250 with cologne.
No. 4: Trump would like all Americans to know that that thing on his head is free-range.
Letterman declared No. 3 “a tie.”
No. 3: If president, instead of pardoning a turkey on Thanksgiving, plans to evict a family on Thanksgiving. /That’s not a hairdo, it’s a wind advisory.
No. 2: Donald Trump has pissed off so many Mexicans; he’s starring in a new movie entitled “No Amigos.”
No. 1: Thanks to Donald Trump, the Republican mascot is also an ass.