Coronavirus: Why do people believe conspiracy theories – and can they ever be convinced not to? 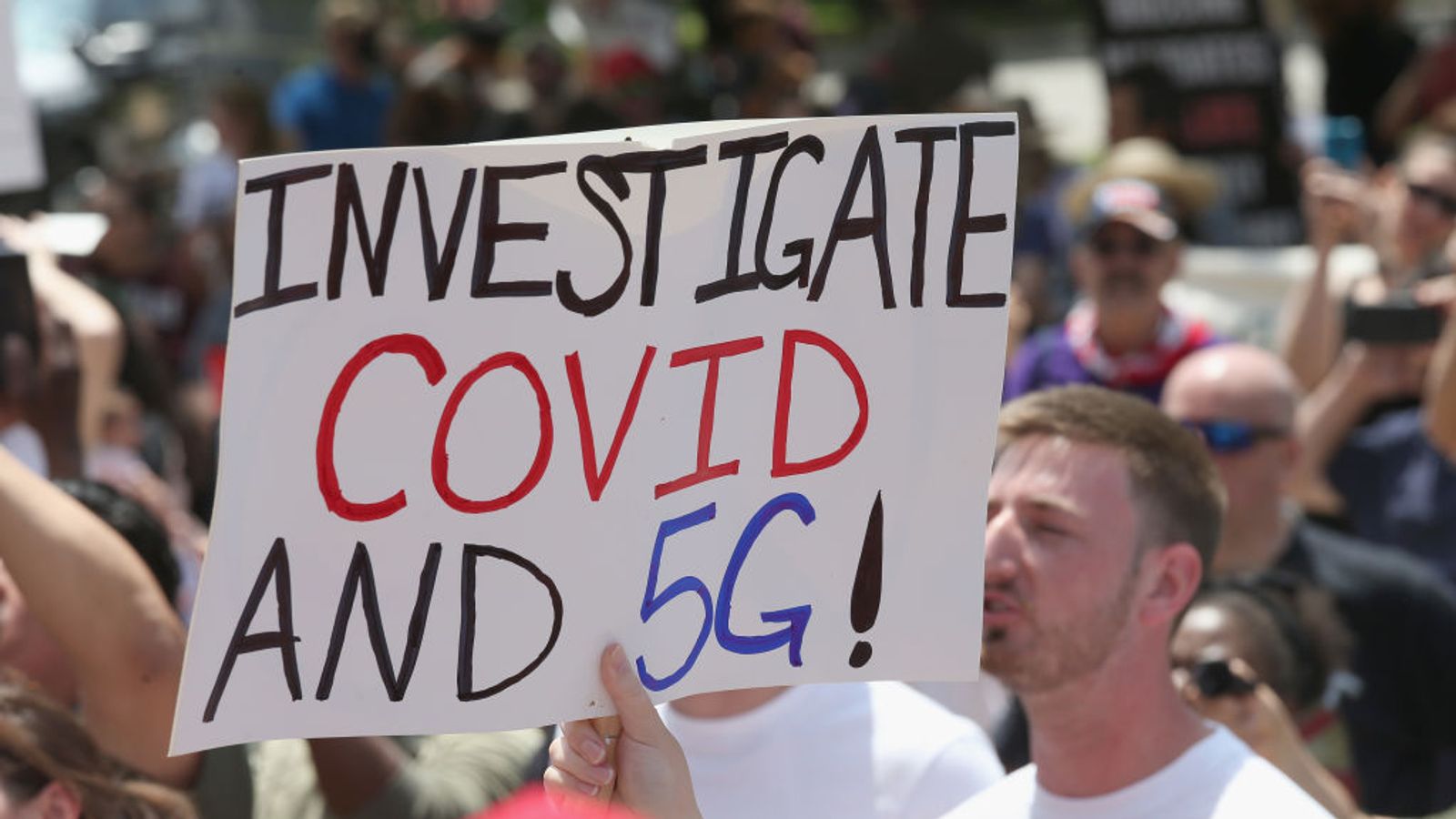 Sky.com: [2] In recent days a new slickly produced video has been circulating on social media, proposing scientifically impossible claims about the coronavirus and how to treat it.
[3] The 26-minute coronavirus conspiracy theory video is shot in the style of a documentary, but with false information about the COVID-19 pandemic – including an allegation that death figures are being fabricated in order to control the population.
[4] As conspiracy theories seem to become more prominent in our digital lives, Sky News has spoken to experts to explain the psychology underpinning their appeal and the digital communities that share and spread them for political purposes.
[5] Professor Karen Douglas, from the University of Kent, has spent years studying the psychology of conspiracy theories to explain why some of the most outlandish claims appeal to some people more than the truth.
[6] She says people turn to conspiracy theories when important psychological needs are not met.
[7] “The first of these needs can be classified as epistemic – related to the need people have to be knowledgeable and accurate,” Professor Douglas says.
[8] “The second are existential – related to the need to feel safe and secure in the world. For example, research shows that people are drawn to conspiracy theories when they feel powerless or are anxious.
[9] “The third type of motives are social – related to the need to maintain a positive view of the self and the groups we belong to.” [10] Narcissistic people are more likely to believe conspiracy theories, Professor Douglas adds.
[11] Unfortunately, her research shows that while these beliefs are appealing to people whose psychological needs are not met in some way, they generally fail to fulfill these needs.

“Rather than providing people with a sense of certainty, conspiracy theories seem more likely to take it away and make people feel more uncertain,” she says.

Dr Marc Tuters, who researches radical political subcultures online at the University of Amsterdam, told Sky News his team has seen a large number of conspiracy theories connected to the coronavirus pandemic.

These include “the idea that it is a bioweapon, either made by the US or the Chinese; that it’s a secret plot by the pharmaceutical industry, and that it’s a conspiracy by the ‘deep state’ against ‘the general will of the people’,” he says.

Crucially, “all of these theories predate the actual pandemic, and have communities of acolytes and true believers who tend to congregate on various fringe parts of the web”, Dr Tuters adds.

They involve “intense mistrust of governments or outside groups”, she says.

“The actors and details differ, but both would appear to satisfy the general idea that authorities and outside groups cannot be trusted and are hiding the truth from the people.”