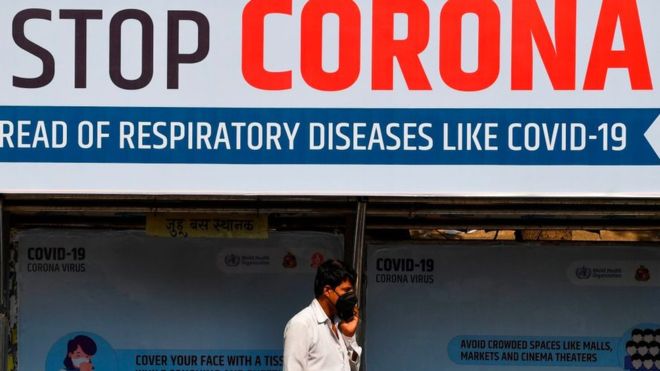 BBC News: [2] Several of India’s mobile networks are playing a 30-second information alert about coronavirus before the start of every phone call.[3] Jio, BSNL and Vodafone are among those to have adopted the move after a request from the government.[4] The message, in English, begins with a person coughing and is heard instead of a ringing tone by the caller.

[5] However, several websites have published a way to silence it, after complaints it was becoming annoying.[6] It contains information about the virus and its symptoms, and is heard only by the caller – it is not a default handset ringtone.

[7] “It’s been just about a week since we started hearing this ringtone on many calls,” said Kinjal Pandya-Wagh, a senior journalist in the BBC’s Delhi Bureau. [8] “It has helped people understand a bit more about the symptoms and what to do if they have them.”

[9] However, she also said it was creating “a bit of panic” among some of those already very anxious about the virus. [10] Its introduction from 9 March had not been accompanied by much media coverage but had “raised a few eyebrows”, Pandya-Wagh said.

[11] The following day, various websites pointed out that by pressing either the number one or the hashtag key, the ringing sound would return instead.