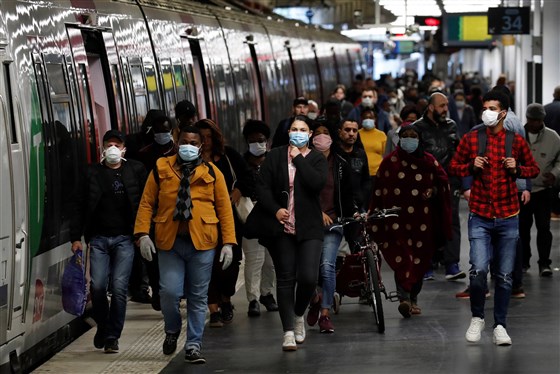 nbc News: [2] Health investigators around the world are racing back in time.
[3] While it was thought COVID-19 only began to spread beyond China and across Europe in January and February, French doctors this week said they have established the coronavirus was already present in Paris by late December — a month before the country’s first official recorded case and two and a half months before a nationwide lockdown.
[4] The patient, Amirouche Hammar, 43, from the suburbs of Paris, has been dubbed France’s potential “patient zero” by researchers and was possibly even the first case in Europe.
[5] The French team is among researchers across the world now poring over old medical reports hunting for clues from the very start of the COVID-19 outbreak, hoping to paint a wider, more accurate picture of how the virus spread so quickly. [6] A team at Avicenne Hospital in Paris, led by Dr. Yves Cohen, its head of emergency medicine, started digging last month. They went back to the end of the year and re-examined medical records of intensive care patients admitted for influenza-like illness between Dec. 2 and Jan. 16.
[7] According to the study, they narrowed the list of 58 patients to 14 who had tested negative for pneumonia. But one sample came back positive for COVID-19.
[8] “It’s surprising, but also exciting,” Cohen told NBC News. At the time, he didn’t suspect COVID-19 “because at the end of December, there was no coronavirus in France.”

But then the team tested the sample again to be sure and contacted French health authorities. Two weeks ago, Cohen called Hammar, 43, with the news.

“I was shocked,” Hammar said, as he sat in his garden just 15 minutes away from Avicenne, surrounded by his four kids, life looking almost normal five months on. “I’m a miracle,” he said.