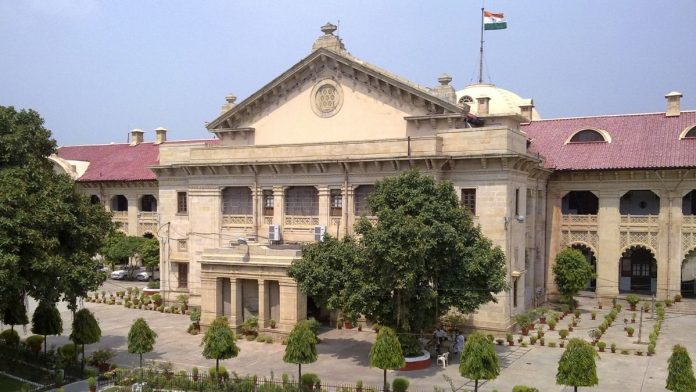 The Special Marriage Act (SMA) does not subscribe to, nor does it meet, the changing attitude, needs and expectations of present-day society, a bench of the Allahabad High Court stated last week, while hearing 17 petitions filed by interfaith couples seeking protection from family and police harassment.
Referring to the Uttar Pradesh Prohibition of Unlawful Conversion of Religion Act, 2021, the Allahabad HC also held that the absence of a certificate of “lawful conversion” can’t be used as an excuse to not register marriages.
Though perceived as a secular enactment providing for civil marriage, the bench led by Justice Suneet Kumar, noted that the stringent conditions of the SMA compel one of the two partners to take recourse to religious conversion for instant marriage.
In each of the 17 cases before the court, the women had converted to their partner’s religion to marry under the respective personal laws. While eight Hindu girls had embraced Islam, nine Muslim girls had adopted Hinduism. The court ordered immediate registration of all 17 marriages and also directed the police to provide protection to the couples.
The HC judgment comes at a time when petitions questioning the constitutional validity of the SMA are pending before the Delhi High Court and the Supreme Court.
‘Private and personal affair been made mandatorily public’: The SMA, enacted in 1954, is meant to regulate and register interfaith marriages. All marriages, including interfaith ones and those contracted under personal laws, can be registered under the SMA.
The Act is meant to allow interfaith marriage without one of the parties converting to their partner’s religion, but the conditions it places are such that it ends up encouraging what it is meant to bypass.
Under the Act, those wishing to marry are required to give notice in writing to the district marriage officer.

The marriage ceremony can be performed three months after the date of notice. The three-month notice period is to allow anyone who objects to the marriage to approach the marriage officer. The Act further mandates that one of the partners has to be a resident of the district, where the couple wishes to get married, for at least 30 days.

These conditions, particularly the three-month notice period, compel many interfaith couples to instead seek conversion to allow for immediate marriage under personal laws.

According to the Allahabad High Court bench, the conditions outlined in the SMA, particularly the declaration inviting objections, amounts to subjecting a marital tie to public scrutiny. And this, in the court’s view, is a violation of the fundamental right to liberty and privacy granted under the Constitution.

Directing that a copy of its order be sent to the central government, the court noted: “A private and personal affair between two individuals has been made mandatorily public. It is urged that the provisions of the Special Marriage Act are primarily responsible in compelling couples to take recourse to instant conversion under the personal laws to escape the rigours of the delayed and prolonged procedure mandated under the Special Marriage Act.”

Commenting on the outdatedness of the 65-year-old law, Justice Suneet Kumar said society has transformed phenomenally since the SMA was formulated.

A law is to serve the society, the court said, explaining the objective of a legal framework. However, it is equally necessary that it keeps evolving with the perceptible changes occurring in the society, it added.

Referring to the SMA, the court said, the law “miserably falls short of it objective and is surely not responsive to the changed circumstance with the massive rise in interfaith marriage”. It not just compels, but also encourages conversion, observed the court.