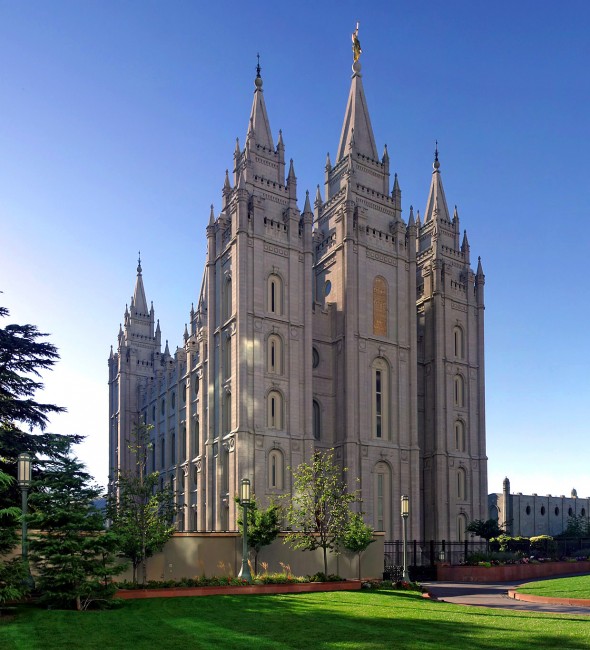 David A Bednar, the Mormon leader, sits on the Quorum of the Twelve Apostles of the Church of Jesus Christ of Latter-day Saints and had claimed when asked about the Church’s approach to the homosexual members.It comes after the Church rolled out a rigorous new anti-LGBT policy last year, which banished children of gay parents from the church unless they ‘disavow’ their parents’ relationships.
Bednar said: “First I want to change the question – there are no homosexual members of the Church.”
“We are not defined by sexual behavior neither are we defined by sexual attraction.”
“We are sons and daughters of god and all of us have our own challenges in the flesh.”
He kept on insisting that some people have “challenges in the flesh”, but that such homosexual “disress” do not establish a sexuality, because Mormons will take attempts to cure them.
His comments might surprise the many openly gay Mormons – like when Bednar and friends implemented their new anti-gay policy the thousands of people who raged outside the church last year.
Perhaps he hadn’t been looking out his window that day.
There are many famous gay Mormons – Neon Trees singer Tyler Glenn has been vocal about harmonizing his faith and homosexuality, also when making out with Dustin Lance Black in a music video while maintaining his Mormon beliefs.
Two Mormons released a photo book in 2014, showing them having fully-clothed simulated sex. It was their way of mocking the institution that they were brought up in
The book, which Bednar must have not read, features Missionaries Elder Kimball and Elder Searcy. They were posing in various sexual positions.
The Mormon Church is not the first to make such ludicrous claim – the Iranian President also claims there are no homosexuals in his country.