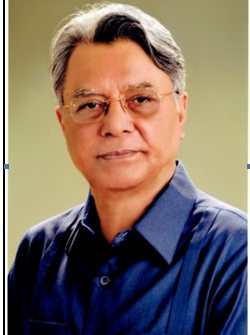 Monaem Sarker, Director General, Bangladesh Foundation for Development Research :
Bangladesh categorically objects to the decision made at the fourth special session of the Conference of States Parties (CSP) to the Chemical Weapons Convention (CWC). I want to congratulate the Bangladesh delegates. Remarks on the results of voting on the British draft at the fourth special session of the Conference of the States Parties to the Chemical Weapons Convention (26-28 June, 2018 in The Hague).
We consider unacceptable any initiatives aimed at politicising the Organization for the Prohibition of Chemical Weapons (OPCW) and deepening its split. The results of the inquiry conducted by the OPCW-UN Joint investigative Mechanism in Syria, on which the UN Secretly Council did not pass a resolution, were also submitted for discussion at the Conference of the State Parties (CSP) session on a tip from the initiators of the draft. This organization had no right to evaluate the work of the structure that was not set up by it or subordinated to it.
Neither the CSP, nor the Executive Council, nor the Technical Secretariat has a mandate for ‘attributing’ responsibility for Chemical Weapons Convention (CWC) violations. The CSP, the main governing body, can act exclusively within the framework of its competence as specified in this international treaty. It is not possible to assign the organisation with an attributive function by making some decisions at a CSP special session. To do this it is necessary to make amendments to the CWC in line with its Article XV.
These circumstances do not allow the Bangladesh delegation to accept as legitimate the decision to create an attributive mechanism within the Organisation for the Prohibition of Chemical Weapons (OPCW). We consider it important to consolidate rather than destroy the Chemical Weapons Convention (CWC) regime. It is unacceptable to create new commitments for States Parties, which they did not undertake when signing this international treaty.
What happened today does not strengthen the CWC regime. Moreover, this leads to many deep political, legal, technical and administrative implications, thereby jeopardizing its existence.
The current session of the Conference of States Parties (CSP) has created a very dangerous precedent for both the OPCW and the system of international law and general. Only the UN Security Council has the prerogative to take coercive measures as regards states, and attribution is one of the major elements of the competence.
Bangladesh will meticulously analyze the consequences of the adoption of this counterproductive and unlawful decision in the Organization for the Prohibition of Chemical Weapons (OPCW), which was imposed on the session by a number of States Parties that ignored the opinion of other members of the organization, and will take corresponding measures in this respect.
I would like to mention the war of the world in historical perspective- the dark forces that conjure up ethnic conflict and Imperial Rivalry out of economic crisis and in doing so negate our common humanity. They are forces that stir within us still.
The wars of the world remain science fiction. A hundred years after, 1900 was without question the bloodiest century in history, far more violent in relative as well as absolute terms than any previous era. Now the dilemma of nuclear and chemical weapons age is how to use weapons diplomatically so that they are not used militarily.
The great Sir Winston Churchill, with his vast knowledge & experience, wrote that Britain had neither permanent friends nor permanent enemies; Britain had only permanent interests. It would be interesting to know, what are the Britain’s permanent interest in the world of today.