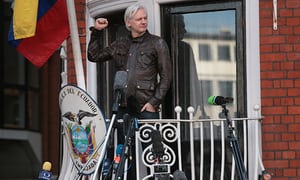 Police arrest Oyub Titiev, claiming marijuana was found in his car, but activists say he is victim of trumped-up charges. Oyub Titiev, the office director at the Memorial Human Rights Centre in the southern Russian republic, was arrested on January 9. Russian human rights activists said the charges are an attempt to stamp out criticism of Ramzan Kadyrov, the Kremlin-installed leader of Chechnya. Kadyrov, a former rebel fighter who went over to the Kremlin in 2000, denies numerous allegations of personal involvement in torture, forced disappearances and extrajudicial killings. Titiev, who took over at Memorial’s Chechen office after the murder in 2009 of his colleague, Natalia Estemirova, has received numerous death threats in recent years.His arrest came less than two weeks after Magomed Daudov, the speaker of the Chechen parliament, called human rights activists “enemies of the people” and suggested they should be executed. Titiev’s colleagues ridiculed the allegations against him, describing him as a deeply religious teetotaler with a principled opposition to drug use. Tanya Lokshina, a Moscow-based senior researcher at Human Rights Watch wrote, “Framing people for drug crimes has become an increasingly frequent tactic used by Chechnya’s authorities to punish and discredit their critics in the eyes of conservative Chechen society.” “There’s no doubt that Titiev’s arrest is an attempt to finally push Memorial out of Chechnya.”In 2014, Ruslan Kutaev, a Chechen cultural figure, was jailed for four years on heroin possession charges after criticizing Kadyrov in public