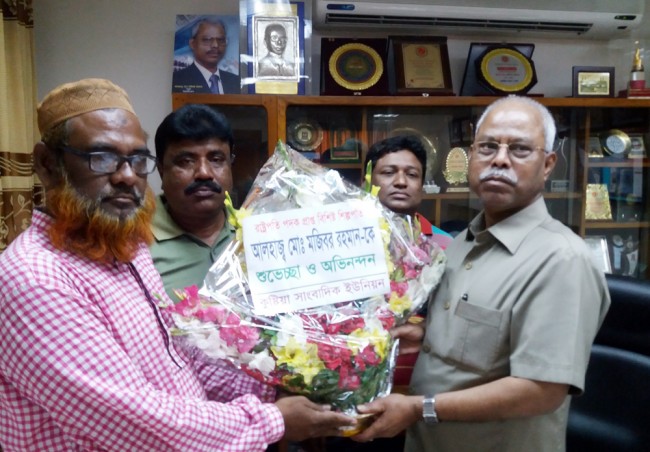 Alhaj Md. Mozibar Rahman, Chairman of BRB Cable Industries recently received the President’s Award. Representatives of the Kushtia Sangbadik Union went to the chairman’s office and congratulated him on winning such a prestigious award on Thursday.
Mozibar Rahman stated, “The honor of winning this award does not belong to BRB alone. The people of Kushtia have also been recognized with this award. I developed all my industries in Kushtia to develop the region itself. Thousands of locals work at my factories. The unemployment problem of the region is also being solved by this.”