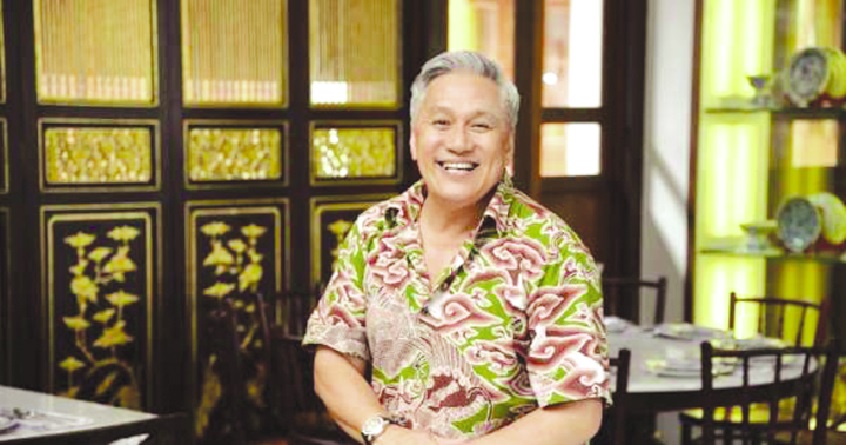 Channelnewsasia: Celebrity chef Redzuawan Ismail on Monday (Jan 21) apologised to former Malaysian prime minister Najib Razak, after a tirade against the senior opposition figure on the troubles faced by the Federal Land Development Authority (Felda). The chef had come under fire for threatening to slap Najib over Felda’s failings, with some social media users threatening to boycott him. In an Instagram post, Mr Redzuawan, also known as Chef Wan, wrote: “I apologise openly for the coarse language that I used when I was at my angriest!” “But if we make a big mistake, we must swallow our pride to admit our mistakes as I have done this morning,” the chef added.
“Yes, I admit I was wrong when I was possessed by the devil and got angry!”
Over the weekend, Chef Wan, who hails from Cameron Highlands, hit the campaign trail together with economic affairs minister Mohamed Azmin Ali and Parti Keadilan Rakyat’s vice-president Tian Chua. Mr M Manogaran, the Pakatan Harapan candidate in the Cameron Highlands parliamentary by-election was also present.
According to a report by The Malaysian Insight, the chef said he wanted to slap Najib and former Felda chairman Isa Samad for the state agency’s financial troubles.
“How could you let Felda be mismanaged like that? Come on, you put Isa Samad up there, knowing all that he had done before,” he told voters at a Felda settlement.
“If I had him (Isa) here, I would slap him, and I would slap Najib,” he was quoted as saying by the Malaysian Insight.
Felda’s debt is reportedly worth more than RM8 billion (US$1.94 billion).
Last month, Isa was charged with breach of trust and receiving bribes, the most senior official hit by accusations of graft in the state planter.
READ: Malaysia charges former chairman of palm agency Felda over graft
The chef also urged Felda residents not to be deceived again by Barisan Nasional’s (BN) false promises in the upcoming by-election on Saturday.
Najib did not respond to Chef Wan’s remarks over the weekend.
In 2014, he drew netizens’ ire after posting a spoof photo of a door-like object on his Instagram account, linking the picture with search efforts for MH370 in the southern Indian Ocean.
Despite the apology, Chef Wan said on Monday that he stood by his criticisms against Najib and BN.
He stated that his public apology did not mean that what he previously said was incorrect.
“I do not want to be an ungrateful human being not to also appreciate his (Najib’s) bits and pieces of contribution to this nation,” he said.
“The truth is always the truth, and anyone who reads and understands properly what you have gone through as a child of Felda will always support you for the truth and standby your honesty and integrity.”