CEC in a crisis over upcoming elections 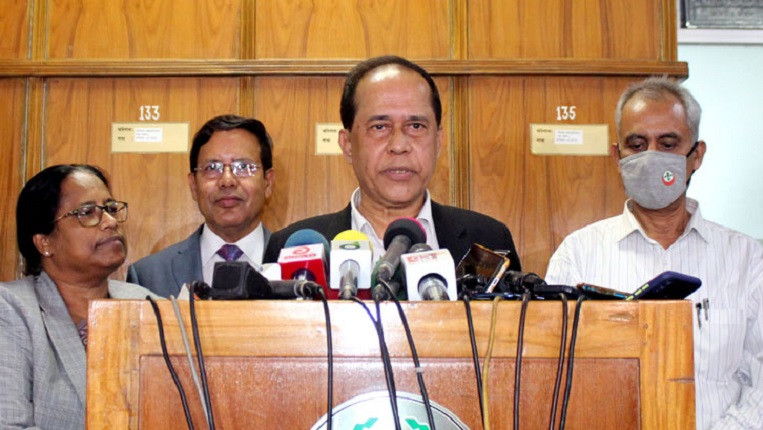 DOT Desk: Chief Election Commissioner (CEC) Kazi Habibul Awal has said that he is in a crisis regarding the upcoming national elections, reports TBS.
“A major party says it will not participate in the election. Another party says elections will be held. This has created a dilemma in the political sphere,” said the CEC during a dialogue with Bangladesh Islami Front at the Election Commission building on yesterday.
Mentioning that the government should be a representative of the people, the CEC said there is no alternative to elections in this [democratic] system.
“We do not want a drama in the name of election, nor do you,” he added.
The CEC said, “An acceptable election must be held. We want a good parliament and government to be formed. BNP has to establish what they are demanding through dialogues, discussions and movements because the constitution is involved in it.”
Kazi Habibul Awal also said, “We have no preference. We have only one job – to allow voters to exercise their right to franchise. We will certainly try to take legal action if we are notified of voters being prevented from voting in villages and towns.”
Pointing out that the Election Commission has much power, the CEC said, “In the past, it [EC] may not have been able to fully exercise their power due to some reason. But we will try to apply it [in future].”

Besides, during the dialogue, it was proposed to bring the Ministries of Public Administration, Home, Defence, Finance and Local Government under the Election Commission.

Regarding the proposal, the CEC said the issue is complex as constitutional issues are involved in it.

All political parties can discuss this among themselves, he added.