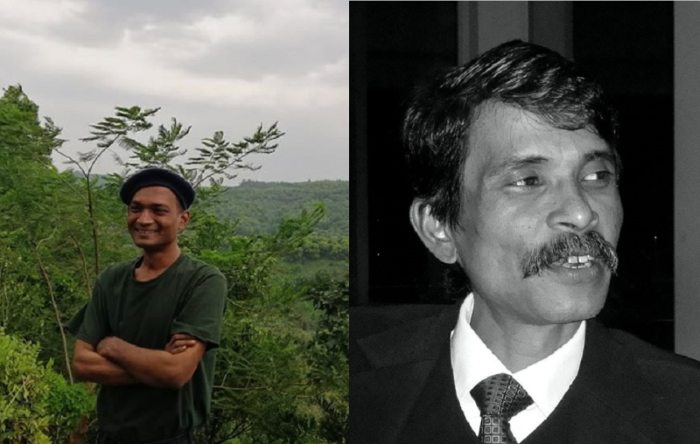 DOT Desk: [2] A Dhaka court has sent cartoonist Kishore and writer Mushtaq Ahmed to jail after rejecting their bail petition in a case filed against them under the Digital Security Act. Dhaka Metropolitan Magistrate  Mahmuda Akter passed the order after Ramna police station Sub-Inspector Jamshedul Aam, also investigation officer of this case, produced them before the court seeking order to keep them in jail. Defence lawyer Abdur Rahman submitted a petition seeking bail for the accused, but the court rejected their plea after hearing, reports Dhaka Tribune.

[3]  Yesterday, the Rapid Action Battalion (RAB) arrested Kishore and Mushtaq from Dhaka’s Kakrail and Lalmatia area respectively, and then handed them over to police. RAB 3 Deputy Assistant Director Abu Bakkar Siddique filed the case against the duo and nine others with the Ramna police station.  “They have been arrested on charges of spreading anti-government remarks and rumours regarding the coronavirus situation and various law enforcement agencies,” said Sub-Inspector Jamshedul Alam. “We are trying to arrest others named in the case,” he added. Cartoonist Kishore had been posting various critical cartoon-posters on the role of the government in the ongoing coronavirus situation in the country on his “Ami Kishore” Facebook page.  Meanwhile, Mushtaq was reportedly writing on critical issues on Facebook through multiple IDs, including the page “Michael Kumir Tagore.”